I purchased a 16" MacBook Pro to power my Apple Pro Display XDR and began migrating my daily computing usage to it. It's a powerful machine and serves all of my computing needs right now, but I will eventually need to get my desktop PC to work with the XDR for heavier media work.

My Window desktop is primarily used for photo/video editing and web development, along with some casual gaming with its beefy RTX 2080 Ti graphics card. However, since getting my Pro Display XDR and 16-inch MacBook Pro, the desktop PC is going unused until I get around to modifying it (will need a new Thunderbolt card and different motherboard) to use with the XDR display.

3840x2160 Windows 10 desktop. Usually with some photograph of mine as the wallpaper.

Apps I frequently use on my iOS devices

I try to have my iPhone 11 Pro home page entirely empty with my apps living in folders entirely on the second page. My dock has always consisted of these four apps: Chrome, Gmail, Camera and Twitter.

I usually rely on Siri app suggestions (via the pull-down interaction on the home screen) to access recently used and relevant apps, so I figured I would lean into it. I only use one page and just the four spaces in the dock. As for how I deal with only having one badge on for over a hundred apps in the one folder: you can long-press to see a list of which apps have badges.

When on my iPad Pro, I don't use nearly as many apps. It's primarily just web browsing and writing. I usually use Chrome but I switch to Safari when I'm working on my site with code-server as works better in Safari. Writing is usually done directly in that text editor but if I'm just starting a project it may be in Ulysses or Notion.

I also use Termius frequently for SSH command line access to my servers. If I need git and file access locally—which I don't really anymore— I'll usually turn to Working Copy and Textastic.

I don't rely on too many Chrome extensions but the ones I use are typically in the privacy, ad blocking and convenience realm:

Adobe Lightroom is my photo management and post-processing tool of choice. VSCO Keys lets me easily copy and paste develop settings between photos as well as enable other keyboard shortcuts that make Lightroom faster for me. Unfortunately, VSCO Keys has not been actively maintained in years—though it is open source now—and tends to break between OS versions. The Windows version seems to have fewer issues than the macOS version which requires some installation hurdles with Catalina.

I ended up looking for a better solution when editing on my Mac and I found PFixer CORE. PFixer CORE is not free (about $30 as of this writing) but works well and is highly customizable. It runs as its own dedicated menubar Mac app.

I don't get too crazy with add-on filter presets or plugins, I often just tinker manually. I go into detail about my editing flow in my Lightroom PC article. While I used to process bracketed photos to generate HDR images with Aurora HDR, I now prefer more realistic and natural HDR edits. As such, I think the basic HDR merging functionality inside Lightroom does the job just fine.

After I'm done editing my photos and have exported the ones I wanted to use, I move the RAWs to my Synology NAS, which is also backed up to the cloud. Read more about this setup in detail in Storage for Photographers (Part 2). 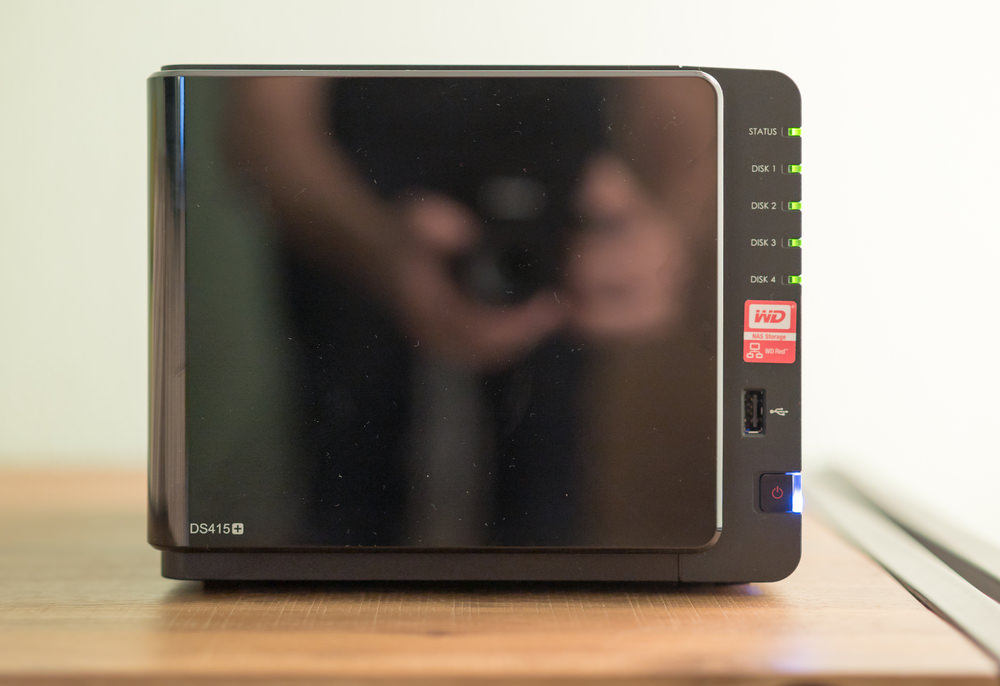 How a 12TB Synology NAS changed my digital life

When it comes to day-to-day productivity and task management I rely on a few things. For email, I primarily use the paid Google Suite with GMail for a few domains. For other email addresses on domains I use left often, I pay for Fastmail. I have been using it for many years and while it’s not as polished as GMail, they always actively improve it and provide a number of security options.

I use Google Tasks for basic to do lists—the iOS app is nice and simple while the integration on desktop GMail is super convenient. I have, however, begun supplementing that with the regular Apple Reminders app as I tend to prefer having a dedicated app when on my computer and it's easier to switch between different lists on it. I use Notion for just about everything else: longer term to-do items, general notes, gathering design inspiration, blog post outlines and extended thoughts. I like that Notion is web-based so I can use it from any device, which is important to me as I often use Windows PCs and Macs as well as iOS devices and my Android phone.

Notion is nowhere near as polished as Bear app for iOS/macOS (frankly, Notion is annoying to use on mobile with numerous usability issues) but I prefer Notion’s enhanced organization style and customization and a web version is a requirement for me.

And finally, sometimes if I'm working on a very large blog post, I'll use Ulysses on iPad to help me organize it while writing. But I usually just use it to flesh out an outline and prefer working directly in markup to see the article in context of my website design and layout.

How I do my work

While there’s a plethora of new design tools constantly emerging, I rely on a few main ones: Google Docs, JIRA, Confluence, Slack, Figma and Framer.

It might sound weird to list things like Google Docs and JIRA as design tools, but I strongly feel that product design is not comprised of the pixels you see or interact with in a finished product. A lot of product design being a collaborative member on a larger Engineering, Product, Design and Research (EPDR) team. That involves planning workstreams, validating concepts with research and data science, formulating and presenting potential strategy and vision for a product area, helping plan usability research sessions, working with engineering on new builds in addition to the regular visual design and prototyping. There’s a lot that goes into each product, especially when working at scale like Twitter.

I do the majority of my high-fidelity visual design work in Figma and I often use the Figma Mirror mobile app. I like to preview my mobile designs in the context of the actual device so I use Figma Mirror for a live preview to refer to while designing. Figma has a bunch of great extensions but I don’t rely on too many just yet: mainly Archiver to help clean up my pages.

I'm also a huge fan of xScope for quickly aligning and measuring things anywhere on my screens. I also like a small menubar app called Chars to aid in find and insert obscure entities like middots when needed. And finally, when it comes time to develop interactive prototypes of my designs, I always turn to Framer. It's a vital part of my design process, especially when paired with the Framer iOS app where I can locally save prototypes and pass my phone along to coworkers and watch them use it.

I have used the newer React-based Framer X for a few projects. While I find it to be more performant, extensible and capable—especially for larger prototypes—I find that it often has a bit more setup cost and I'm so much faster in Framer Classic to quickly validate concepts that I keep turning to it. At least for now. I do enjoy learning and building in React but I often don't have the luxury of spending more time on that when project deadlines loom.

When it comes to inspecting builds or documenting and sharing designs with my team, I often record screencasts (of a build on iPhone or Android, or of a Framer prototype of mine). I will often use GIF Brewery to create GIFs of parts of the interactions or design details to help communicate concepts.

Learn more about how I think about design in a few of these articles: Interview on Rooki.design, Designing Twitter Video and Provide meaning with motion.

And finally, when it comes to tinkering on new parts of my own website, I play around in Chrome Dev Tools a lot. I have also used the Concepts drawing app along with my Apple Pencil on my iPad Pro to help create or edit some maps for photosets that I turn into SVGs.