Roughly two weeks ago, I began asking for recommendations for a VESA-compatible iMac arm. Then, I had ghetto modded the Apple VESA adapter to my iMac since the VESA arm had not yet arrived. I ended up purchasing the iLift by Innovative and it just arrived today.

First off, I wanted to make sure I mention that while the manufacturer's website displays a retail price of 353, it can be found for as low as 199.

Weighing in at 15 pounds and possessing a hydraulic cylinder of its own, the iLift has sturdy construction you can trust. The real question is if you can trust your desk. The desk clamp supports desks a tad bit thicker than 2.5 inches. Most people will fasten the arm to their desk, but the iLift's "FLEXmount" affords 6 different ways of fastening the base - desk clamp, thru-desk, wall mount, reverse wall mount, desk grommet hole and side bolt. 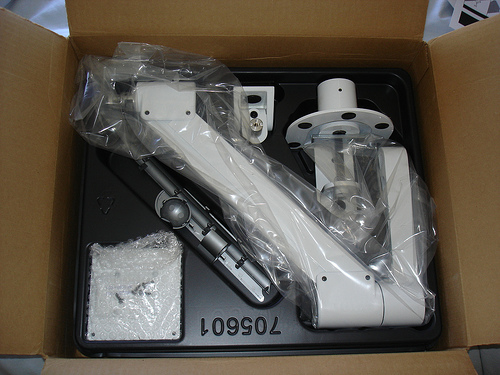 I chose the desk clamp method. At first I was worried about over-tightening it as only one bolt held the bottom of the clamp on, but I soon found out that it was one hefty bolt. 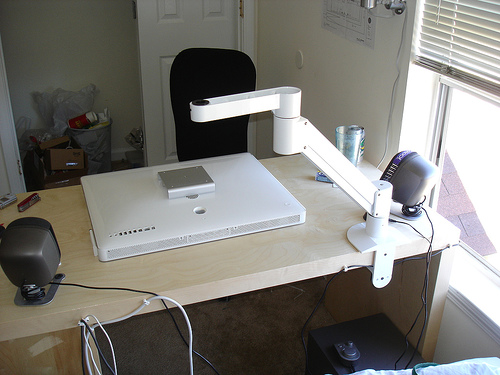 Installation only took about 10 minutes. The hardest part was balancing the 25lb iMac on top of the iLift arm while screwing a bolt on underneath it.

The sheer unlimited adjustability of the iLift proved to be its largest flaw. There are so many possible positions for the iMac that I found it hard to choose just one to stick with. I must have moved the clamp at least 3 times to get the perfect setting. The iLift allows you to rotate your display's orientation 360 degrees, then you can adjust the height, the depth, the pivot angle.. just about everything.

Once you find a position you like, you can fasten a few hex screws to keep it like that or you can leave it relatively loose so you can raise or lower your iMac or display with one finger. I find that to be the best solution as it provides me with instant desk space whenever I should require it. 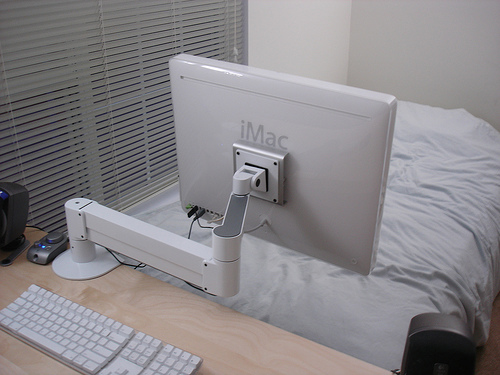 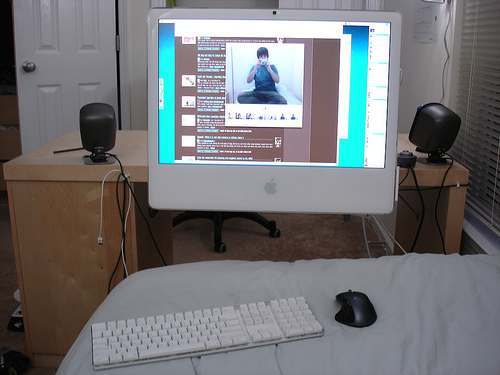 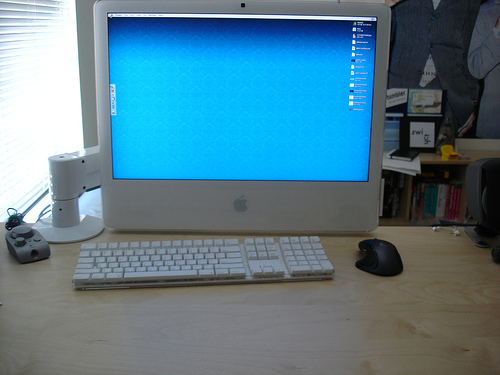 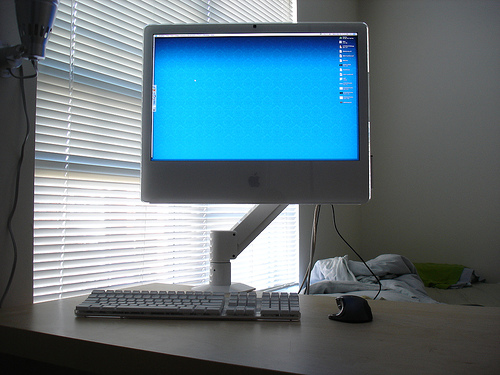 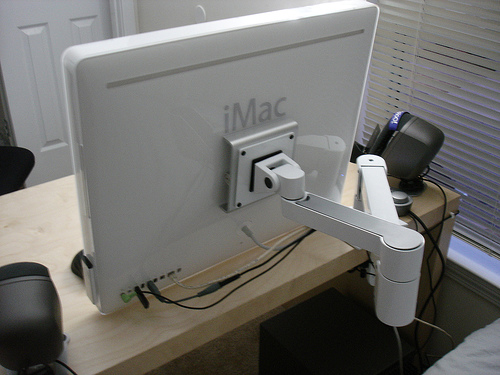 As you can see in the picture above, the iLift has some cable management features built-in. Cables come up into the smaller arm piece, then through the hollow joint and down the main hydraulic arm section. They are held in place by 2 plastic covers, but I found that the bottom cover had a penchant for falling off when the arm was moved up or down.

If you've ever had the chore of carrying a new 24-inch iMac through a mall and then into your car, you sure as hell know how heavy this thing is. I was always skeptical when looking for VESA arms so I made sure that the iLift was 100% compatible with the largest of the iMacs. The main section of the arm has an incredibly strong hydraulic cylinder that can be adjusted with a hex wrench. When setting it up for the first time you have to force the iMac down while messing with the hex wrench just to get it to stay put. There's no doubt in my mind that the iLift is strong and that allays any fears of waking up in the middle of the night to a massive clunk and a Humpty Dumpty'd iMac.

Unfortunately, ergonomics and comfortable computing come at a high price these days. In addition to the iLift, your 24-inch iMac will require a 30 VESA adapter from Apple making the total somewhere around 260 after shipping (assuming you picked up the iLift for ~200 from an authorized Mac reseller). I can't definitively say whether such an investment is worth it for you, but I had gotten fed up with looking up at my iMac when really I should have been looking down at it. The ability to swivel my iMac around when watching movies just happens to be an added benefit. How high is your willingness to pay for a comfortable computing setup? 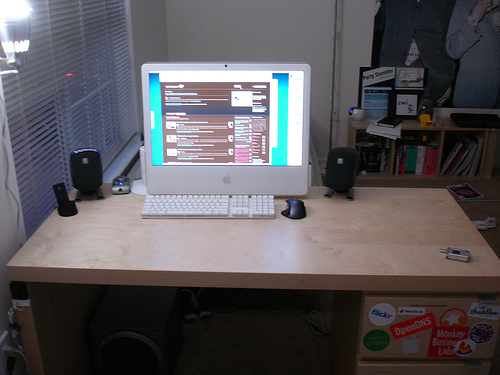