Yesterday morning was my Apple Genius appointment to turn in my MacBook to repair its random shutdown syndrome. However, there had been some miscommunication from the last time I spoke with the Apple Geniuses as I was under the impression that since the parts had already arrived, they would only need my MacBook for a few hours. When I got there at 10am, I quickly realized that was not the case and they wanted to keep it captive for over a week.

Since the MacBook is my only computer and I use it for vital school projects every day, I couldn't let Apple take it right now. I attempted to get the Genius to just give me the repair parts so I could do it myself, along with other such pleas, but he wasn't having any of that. So I drove back home and hibernated for 3 hours before my first class for the day.

It's as if the MacBook knew what was going on; the condition got considerably worse later in the day - to the point where it couldn't stay on for half an hour. Given these extenuating circumstances and the impending wrath that two upcoming school projects were going to have on me if I didn't have a working computer, I consulted my parents and picked up a 24-inch iMac (paid for by a few remaining dollars from my Yahoo! gig). 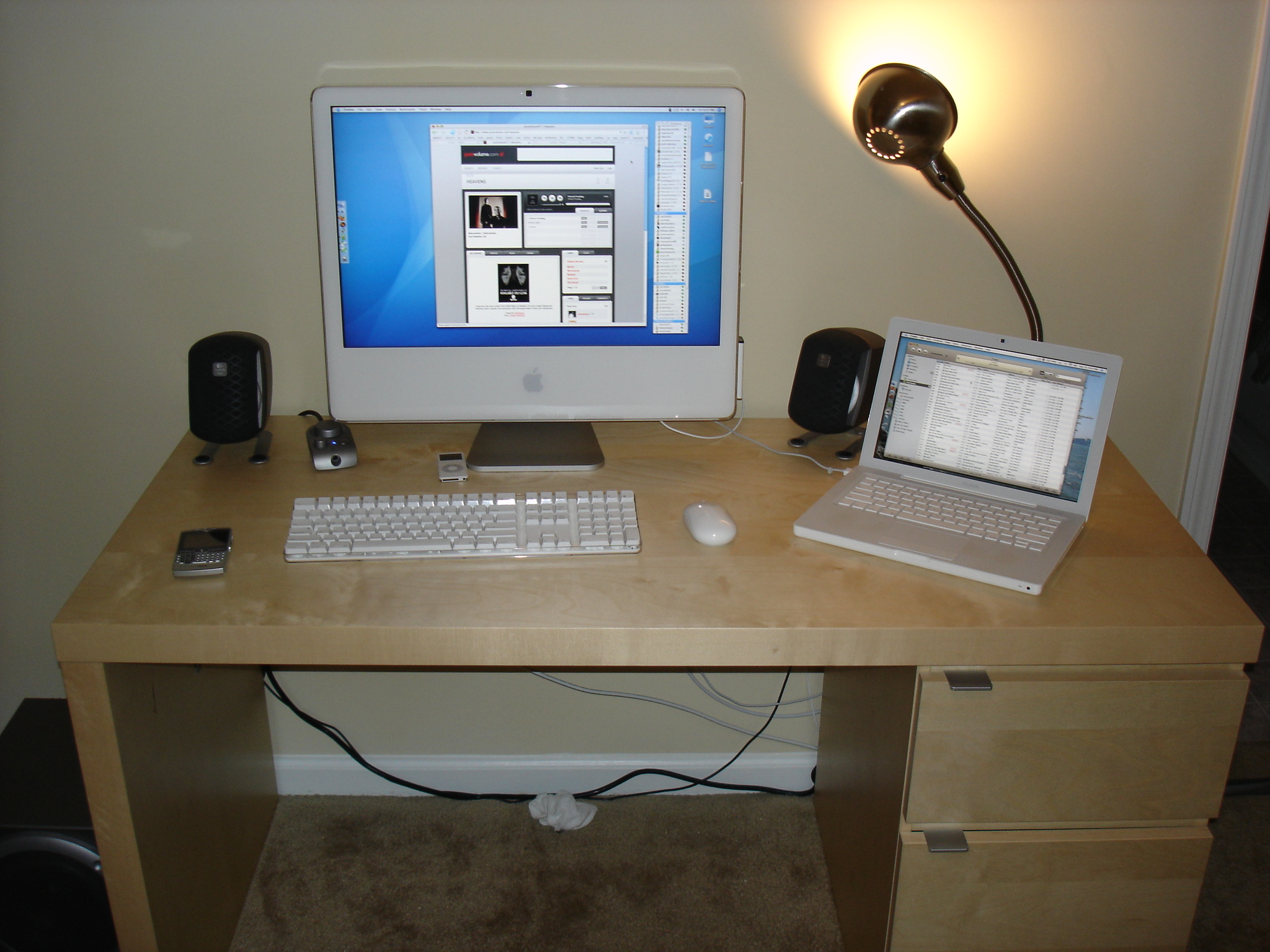 Good timing - the MacBook randomly shutdown after I snapped that picture.

As you can expect, I'll be writing a review for the iMac soon. Time to head to sleep for now though; Chris and I are waking up too early to meet his dad at Road Atlanta, where we will have a fun day of racing cars. Hopefully I'll be able to woo an exotic car owner and get a few laps around the track. Read up on my Road Atlanta experiences from last year.

By the way, I now have a 20-inch Apple Cinema Display for sale if anyone's interested.