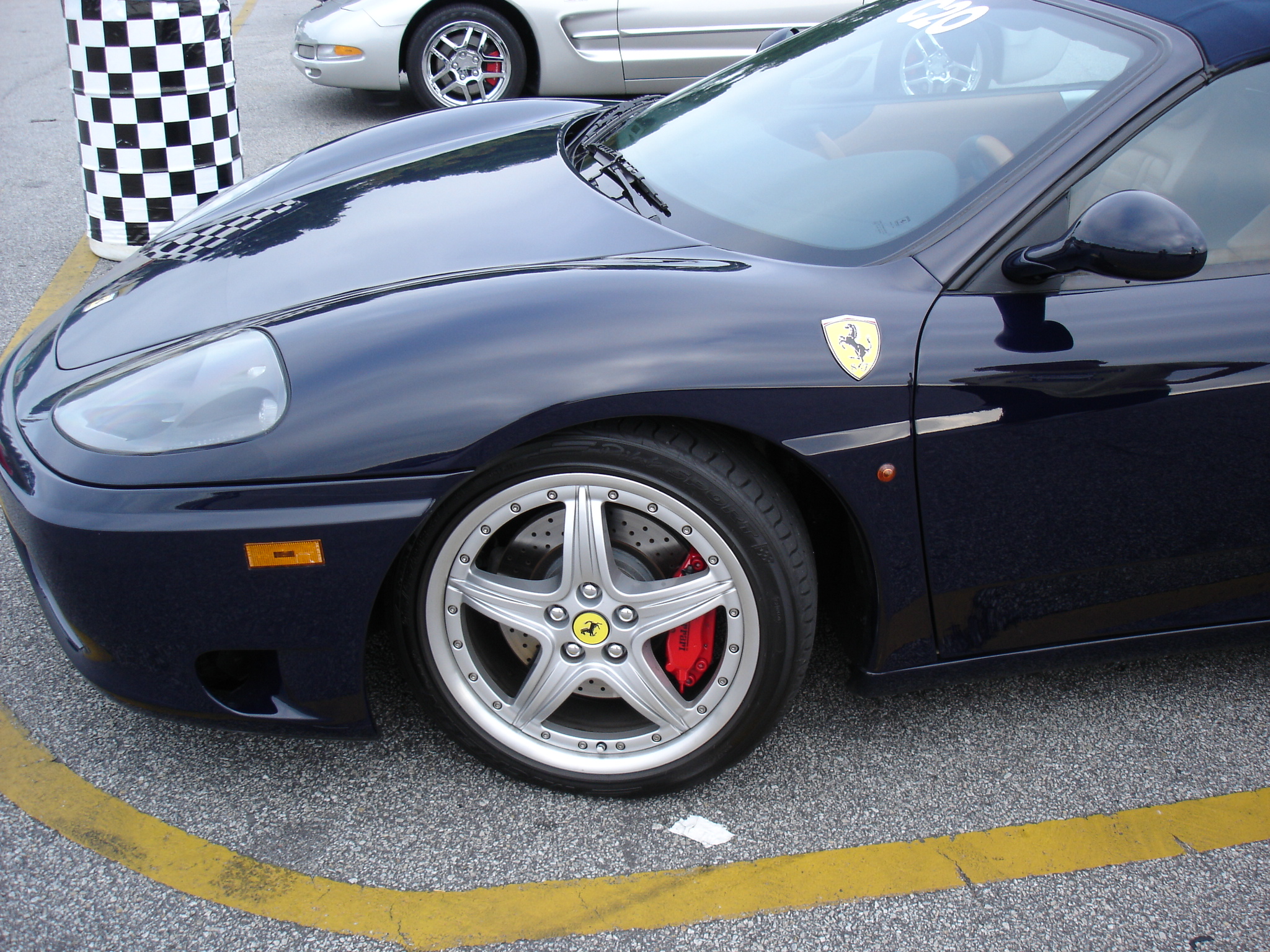 My friend and neighbor from last year in Glenn Hall, Chris Morrell, invited me to come along to a track day at Road Atlanta, a race track about 45 miles out. His dad regularly attends these events with his modified Camaro Z-28. I jumped on the invitation and we set out at 7:30am this morning. It was amazing. There were 2 Ferrari's (a 360 Spyder and a 360 Challenge), a Porsche GT2, a Dodge Viper, 3 Lotus Elises, tons of Corvettes and a "SuperVette" that was just dominating, a few Subaru WRX STi's, a modified 300ZX, a lightweight Honda del Sol that was extremely fast, an awesome Mazda Turbo RX-7, a Supra Turbo, and some special Panoz race cars.

The cars were divided into 3 classes, A, B, and C, based on the speed of the car and the driver's skill. The first time I was able to ride in someone's car was in the Camaro when they were doing slow laps as I call them. This is when you follow a lead car to get familiar with the track, even if you've driven it before. But after the first lap or two the lead car got off the track and we were able to get up to speed. I can't explain how great it was. There's this one part of the track that has a huge hill right before a straightaway and you can't see anything as you're driving up it... that part freaked me out the first time, especially since we going fast. If I had thought that was a thrill, I was in for a treat. All of the drivers were extremely friendly, which helped when I wanted a ride in a car I fancied. After talking to some of the other driver's I was able to snag a ride with a guy in his 400HP (@wheels) modified Mazda RX-7. It was INSANE! I was glad he had some custom Momo racing seats, because I would have been sliding all over my seat otherwise. The car was fitted with racing slicks, so he had some wicked traction. On the back straightaway we peaked at 140mph. The RX-7 had some mean brakes as well... to get a better lap time the driver would brake all at the last moment. And right when I thought it couldn't get any more insane, the local hotshot racing a modified to hell Corvette lapped us. I don't think there is any car louder than that Corvette was. Heresay was that this Corvette was pushing 700HP.

There was also a 200,000+ Porsche GT2 with 640HP that was uniquely modified with a rollcage and integrated fire safety system that would put out engine fires by itself. Anyways, he only did a few laps in the morning before something went wrong and he had to jack it up to fix it. However, he took the jack out from under the car before removing the jack stands and he snapped an important rear linkage. Somehow he was able to fix everything and get back on the track before the track runs finished.

That brings me to my next story. Chris had hitched a ride in some racing company's 550HP Nissan 300ZX. When they were on the back straightaway, doing 110MPH, the brake line exploded, leaving them without any brakes. The driver immediately went into a gravel pit to slow him down as much as possible and then past the pit lane into the grass. Fortunately the gravel and grass slowed them down to about 60MPH and they were able to brake the rest with the E-Brake. It's amazing how important one small braided steel brake line is. The track is kept under great management and big situations like this are always taken care of properly. Everyone is required to wear a certified helmet. This is the type of thing that is to be expected when you pay 600 for a 2 day track day pass. Road Atlanta is on the same track as some Audi Driving Experience driving school, so in the background there were some Audi A4's and TT's doing braking lessons and wet condition maneuvers.