Thanks to my second Ford Fiesta Movement mission (much more on this later once I get around to reviewing the 2011 Fiesta), I recently jumped head first into HDR photography. HDR, short for High Dynamic Range, is a "set of techniques that allows a greater dynamic range of luminances between light and dark areas of a scene than normal digital imaging techniques" according to Wikipedia. In short, it involves taking several photographs of the same subject at different exposures, and then using software to combine them for a stunning photograph.

I Still Don't Know What You're Talking About

You might not be familiar with the term, but chances are you've run across some amazing photographs, especially if you hang around Flickr, that looked a bit.. surreal. Well to be exact, it all depends on how the HDR image is created. Some HDR creations are comprised of many individual photographs to get a better dynamic range and result in a more realistic representation of the subject, while other HDR styles go for a creative and exaggerated look. Here are a few examples of what I'm talking about:

HDR Panorama photo by Maciek Duczynski in Norway taken with a Canon EOS 5D and stitched from 4 vertical HDR photos (3 exposures with a 1.66 EV step).

And now some HDR photographs employing a more artistic than true to life style: 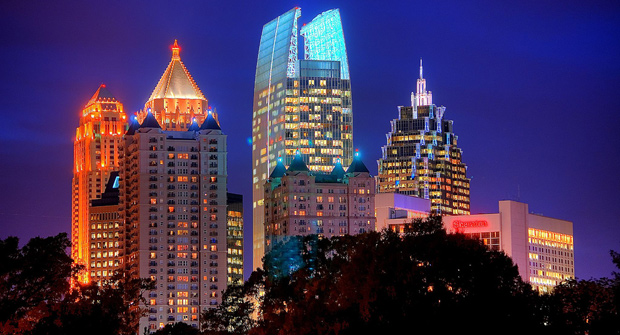 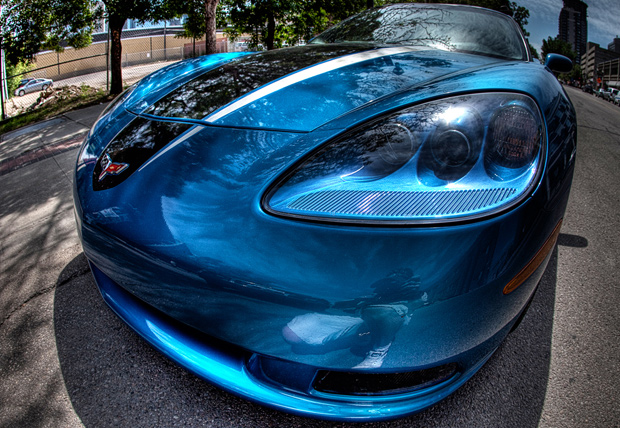 HDR Photo of a Corvette by Jason Bouwmeester with a 15mm fisheye lens. 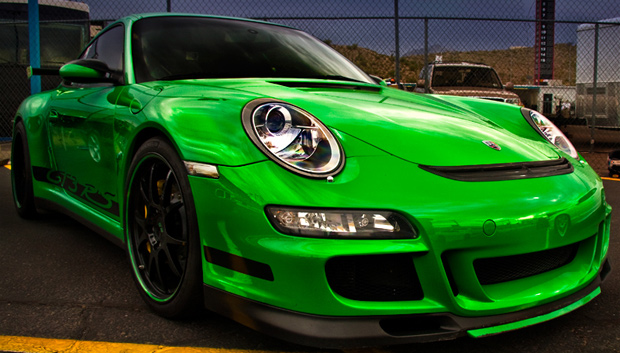 HDR Photo of a Porsche GT3 RS by Geri Amani.

That should give you a pretty good idea of what an HDR photograph can look like. For more examples, you might want to take a look at the HDR group on Flickr.

Unfortunately for us, all of these HDR images we see on the web and in print have been "compressed." Not in the sense of file size or quality, but in the sense that most techniques result in a 32 bits/channel HDR photograph, which can't be displayed properly on 8 bits/channel LCD displays (6 bit if you're on a recent 13-inch Unibody MacBook Pro! ugh).

Clarification: When talking about color depth in the context of an LCD display, color depth refers to the number of levels each color (channel) can render instead of the summation of the number of colors the screen can render. For example, you likely have an 8 bits/channel LCD display (2^8 levels of Red, 2^8 levels of Green, 2^8 levels of Blue) capable of producing 16.7M unique colors, and you probably work with or view 24 bpp (bit per pixel) images (also 16.7M colors) or 32 bpp images (also 16.7M colors but with an additional 8-bit alpha channel). Anyways, the point I'm getting at is that 8 bits/channel for your LCD display is pretty much the same as 24 bits/channel True Color. Now compare that 8 bits/channel from your LCD display to a 32 bits/channel HDR image. That's why tone mapping is necessary to properly display all details of the original image on current displays. In other words, your operating system might tell you that you're running 24-bit graphics now, but I assure you your display is still 8 bits/channel or so.

As such, they must be converted to 8 bits/channel using processes that adjust highlights, shadows, luminance among other things (depending on how it's done) to fit within the 8-bit range. Before this conversion, the HDR photo can be considered "unprocessed", much like a film negative or RAW file shot with a DSLR camera — you can't see all of the captured detail until the RAW file is processed for printing or monitor displaying. I'll show you how to process an unprocessed HDR photograph with a technique called tone mapping, which displays highlights and shadows contained in the unprocessed HDR image. As a sidenote, HDR imaging uses floating-point numbers instead of integers to allow for what's called an open-ended brightness scale that can adapt to fit the needs of your particular HDR image. You don't need to know any of this to make your first HDR image, but it just goes to show a bit of the tech behind HDR.

This introductory post was just to familiarize you with High Dynamic Range imagery if you haven't delved into it before. The next post or two in this series will go over how to setup auto-bracketing on a DSLR camera in addition to various other settings that are useful when shooting with HDR in mind, as well as creating the actual HDR images with different kinds of HDR imaging software. If you have any questions I can answer in the next post or if I've made a mistake in this post (I've been up all night..) and you can help clear things up, please leave a comment.

Thanks to the person that suggested this article on my Skribit account!

Have you experimented with HDR imaging before? Do you shoot with a DSLR?

Other DSLR Posts on PaulStamatiou.com: