It was exactly one year ago that I received my first Kindle and fell in love with it. Why? They distilled the essence of a simple, superb reading experience into a lightweight, affordable and hassle-free device (as in WhisperSync and stellar battery life). While the affordability is definitely still there with the new Kindle devices announced today, I'm a bit wary of where Amazon is headed.

For one, props to bringing the basic Kindle price down to $79. Aside from that Kindle, it appears that every other Kindle model is now touch screen. Of course, everyone's focusing on the new Android-based, color screen Kindle Fire tablet. It's being touted as a solid iPad competitor. Am I the only one thinking this is messing up the flawless Kindle brand? I think it should have been given a different moniker entirely.

The tablet features apps for Amazon’s Android Appstore, Kindle store, Amazon MP3, and Prime Instant Video. Nearly all of Amazon’s recent news, Amazon Cloud Player, Amazon Cloud Drive, Kindle Cloud Reader, the streaming deals with Fox and NBC Universal, were in preparation for the Fire. With these cloud services in place, the Kindle Fire is a legitimate iPad competitor.

But it’s more than just Amazon apps. Users are free to load apps from Amazon’s Android Appstore including Pandora, Twitter, Facebook, and, most notably, Netflix.

Blah. Sounds like a lot of clutter to me. The original Kindle was purpose-built: create an amazing digital reading experience. The Kindle Fire's MO seems to be create an okay experience for apps, the web, books, movies, music and of course Angry Birds. I really liked Amazon's laser focus on the regular Kindle and that's why I travel with both my iPad and my Kindle. One is great for movies with a larger screen (and that is just about the only thing my iPad gets used for — my Air is not much bigger so I just take that for any real work that I need to do) and the other is super lightweight and makes it easy to read anything.

At first glance the Fire looks like a hybrid between the failed Barnes & Noble Nook and the also 7-inch screen Samsung Galaxy Tab. It sports a dual-core processor and a nifty 'cloud-accelerated web browser' called Amazon Silk.. it's clear that the Fire is being marketed as much, much more of a media device than the pure reading experience the Kindle came to be known for. Especially with all of the Kindle Fire screenshots showing Angry Birds on the home screen.

I was talking about the rumored Kindle Fire tablet with my cofounder the other day. My point was that for it to really work, Amazon would have to deliver on both the tablet/media aspect while simultaneously maintaining the solid reading experience — most likely through a hybrid screen that can easily switch to e-Ink when you are outside or wish to read in a glare-free, black and white mode. Such displays have been in the works since 2009 (search for Pixel Qi e-Ink / LCD hybrid), and it would be great to see Amazon pull a home-run with such tech in their latest device.

I am however most interested in a new Kindle feature that got slighted by all this Kindle Fire news — X-Ray. It's the one feature in today's announcement that is meant for the die-hard Kindlites:

Amazon invented X-Ray, a new feature that lets customers explore the “bones of the book.” With a single tap, readers can see all the passages across a book that mention ideas, fictional characters, historical figures, places or topics that interest them, as well as more detailed descriptions from Wikipedia and Shelfari, Amazon’s community-powered encyclopedia for book lovers. 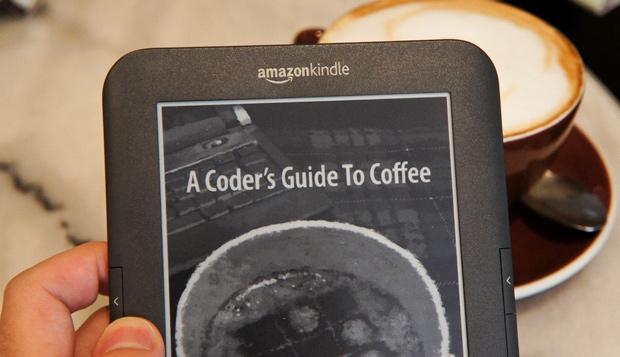 The Kindle 3 I fell in love with

The regular Kindle got me amped up about reading. Just after six months of owning the new Kindle I had read an average of 2 books a month. It's clear Amazon wants to chase other, larger market opportunities with a more multi-purpose device. Let's just hope they don't wreck the Kindle brand with some cheap Android tablet.

What do you think about the Kindle Fire? Love it or hate it, I have to give it up to Amazon for shipping an entirely new product.