This weekend swarms of hackers, Linux gurus, network enthusiasts, exploit mavens, and just plain ol' geeks will be congregating in Las Vegas for Defcon 15. Several of my friends will be going but unfortunately I have other plans that involve heading home until school starts up again. If you have been reading my blog for a while, you probably know all about conventions and conferences like WordCamp, SXSWi and BarCamp, but you might not know much about Defcon.

Defcon is the world's largest hacker convention, with over 6,500 attendees at last year's Defcon. Similar to BarCamp-style events, there are many things scheduled at the same time, which you can choose to sit in on at your leisure. They range from informative sessions like hacking EV-DO connections, lock picking, WEP cloaking and SQL injection attacks to contests like Capture the Flag, where players must defend and attack computers on a network, as well as creating the longest Wi-Fi link. 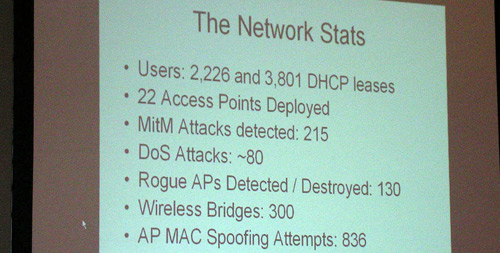 As you might expect at such a conference, with so many profusely skilled computer professionals in one area, it is not wise to use the Wi-Fi at the event unless you know what you're doing. Case in point, the Wall of Sheep at Defcon; a projected display of hacked usernames and passwords discovered on the network. 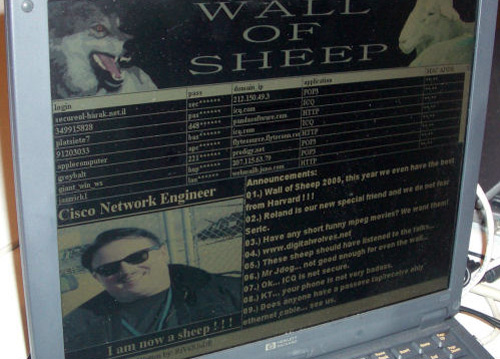 Defcon is definitely something I hope to experience either next year or the year after. While it often garners a stigma for being underground, shady, and predominantly blackhat, it is just as much about people with the same interests getting together to share what they've learned since the last Defcon.