The NY Times has an in-depth article detailing an until now secretive 41-person startup in California with big plans. Vudu Inc will go head-to-head with other set-top boxes, such as the Apple TV, with their media device that instantly plays movies over the Internet, on TVs.

It has built a small Internet-ready movie box that connects to the television and allows couch potatoes to rent or buy any of the 5,000 films now in Vuduâ€™s growing collection. The boxâ€™s biggest asset is raw speed: the company says the films will begin playing immediately after a customer makes a selection.

Tapping into the experience of employees from companies like TiVo, Vudu has been working on their media device for two years already - I'm amazed they've been able to keep everything so quiet. Unlike the ability to watch movies from Amazon's Unbox service on TiVos, selecting a movie to watch and watching the movie on the Vudu box is a seamless process. Similar to Netflix's browser-based Watch Now feature, Vudu movies play instantly. Vudu breaks the computer dependence for watching movies; all that's needed is the Vudu itself. Contrastingly, the Apple TV relies on movies purchased through iTunes and cannot purchase and download movies directly from the iTunes Store.

However, more impressive than the feat this startup has accomplished by creating such a device is the supporting networking technology they have engineered. The article explains how the Vudu relies on an advanced implementation of peer-to-peer networking to serve up movies quickly.

When the company determines that a movie is more likely to be rented or purchased â€” early in its release, for example â€” it will plant lengthier pieces of that film on unused portions of Vudu boxes in customer homes.

Vudu definitely has something on their hands. The device is rumored to sell within the 300 price range later this summer. For me, the types of movies offered will make or break it. Their collection is growing quickly, so hopefully that aspect of consideration will become a non-issue. The Vudu upscales MPEG-4 content to HD so it won't look spectacular on your HD setup (nor will it replace your HD-DVD player), but the ability to watch (almost) any movie at any time unquestionably beats that on-demand crap your cable provider currently offers. 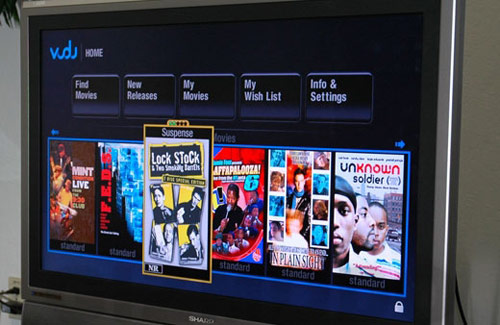 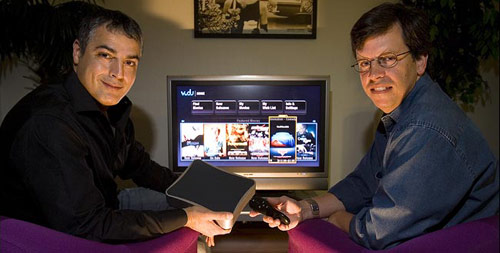 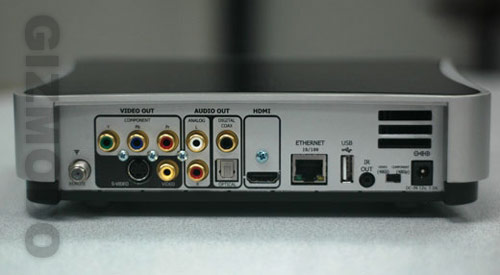 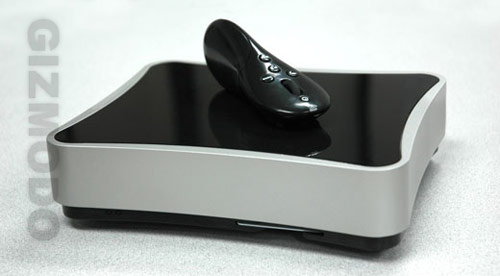 This brings something else into question - when can you have too many boxes hooked up to your TV? At some point, constantly switch amongst them must get frustrating. Currently, the living room setup I share with my roommates involves a Comcast cable box, a receiver for the TV's audio and an awe-inspiring 20-inch flat CRT. Even I get annoyed switching between the cable box and receiver - one mode to change channels, another to mess with the volume.

In the end, I think the biggest factor for Vudu's success lies in the pricing and control structure for movies. How long does one get to watch the movie they have paid for? Is it considered a purchase or a rental? Can I skip and fast-forward easily? What if I have two Vudu units in the same house - do they all work under the same user "account".. I mean, if someone purchased a movie on one unit a few days ago, can it be watched on the other? How long does content stay on one's drive considering the unique peer-to-peer network model? What if my ISP is strict about upload/download limits - can I limit the amount of P2P sharing my Vudu unit does? If I paid for and watched The Matrix three months ago and it has expired (if Vudu does this) already, can I watch it again at a discounted rate?