I've been using Mac OS X Leopard for a few weeks now and have started to form my thoughts about it. For the first few days, I really didn't think Leopard was all that different than Tiger. Yeah, it had little things here and there, but none of them changed the way I interacted with the OS in general. That's starting to change.

I've switched back to Safari. Safari 3 is stupid fast. That's all you really need to know. I've become too tired of restarting Firefox on a daily basis to continue using it as my primary browser. My browsing is now about 90% Safari, 10% Firefox, which is mainly for development and testing purposes with Firebug. Tied with the Inquisitor plugin and iPhone bookmark syncing, Safari 3 is potent.

I've come to enjoy Safari 3's searching interface which grays out everything else and highlights matches, making it much easier to spot out results compared to Firefox's search. Going back to Safari 3 also means I went back to using Pukka for del.icio.us bookmarking. I had been a big user of the official del.icio.us plugin for Firefox.

Update: I forgot to mention that the resizable textareas in Safari 3 are awesome.

Quick Look, the Leopard feature where you select a file and hit the space bar to launch a no-nonsense preview of the file, is probably one of the best productivity-enhancing features in Leopard, second to Spaces. I use Quick Look quite often when going through many pictures and screenshots for articles. My only gripe with Quick Look is that if you use it to view an image of size X and press down to Quick Look at the next image in the directory, which is of size Y, Quick Look continues to show that picture in size X. Basically, it doesn't always show pictures in their native resolution. Regardless, it's a welcomed feature. 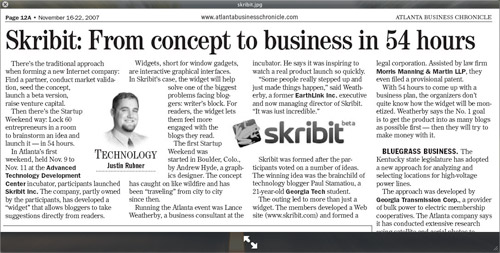 Spaces has become an integral part of my workflow. I realize that prior to Leopard there were several third party applications that could do the same virtual desktops thing, but OS X integration makes it seamless. Combined with my Expose hot corners setup, Spaces is unbeatable in terms of productivity. Here's my typical setup while just using the MacBook Pro LCD:

When you click on an application in the dock that's in another space, OS X moves to that space for you - nice attention to detail.

Stacks were too overhyped and don't serve much use, especially when you have many items in that folder or use the dock on the side and the grid view takes over. The new Finder is great but I honestly can't find a real use for the Coverflow view other than showing my PC friends how cool OS X is. I'm a list-viewer for life.

Every Leopard review on the planet knocks Leopard for its translucent menu bar. It's not that bad, really. If it bothers you, you can make it solid again.

Knowing all of this beforehand, would I still have bought Leopard? Hell yes - the new Arabesque screensaver kicks the daylights out of Flurry.