Last year I wrote about my experience at the 2009 South By Southwest Interactive Festival as a first-timer. I gave it 10 out of 10 Stammys and had a fantastic time. I just got back from SXSWi 2010 last week and my thoughts have not changed one bit — in my opinion SXSW remains the best conference of sorts (technically a festival) I have ever attended. While there is good reason to attend SXSW for education purposes and sitting in on some great panels, the best part of SXSW is the strong networking, which occurs mainly at various parties every night. However, one main thing did change this year — there were a lot more people. For another take on the SXSW experience, read Jolie O'Dell's (formerly of ReadWriteWeb) article entitled Why SXSW Sucks. 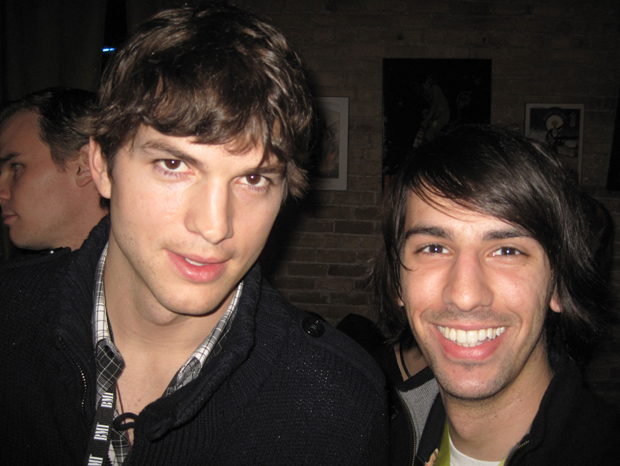 With Ashton @aplusk Kutcher, shortly after talking about Nikon cameras.

Since many of my sentiments haven't changed since what I wrote about in last year's post, I will make this more about pictures. You can find a lot more SXSW 2010 pictures in Ken Yeung's flickrstream as well. 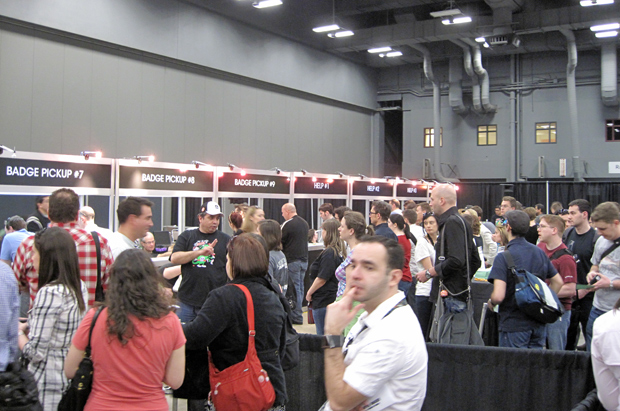 The customary badge lines inside the convention center

While I attended many panels last year, this year I didn't get around to seeing as many as I wanted. I soon learned that my four hotel roommates did not purchase SXSW badges this year and only came to network and party hop. One big difference from last year was that I reserved my hotel room more than 6 months in advance and was able to snag a room on the top floor of the Hilton. We ran into Jason Calacanis, Jeff Pulver, Robert Scoble, Tony Hsieh (Zappos) and Drew Houston (Dropbox) on our floor the first night. 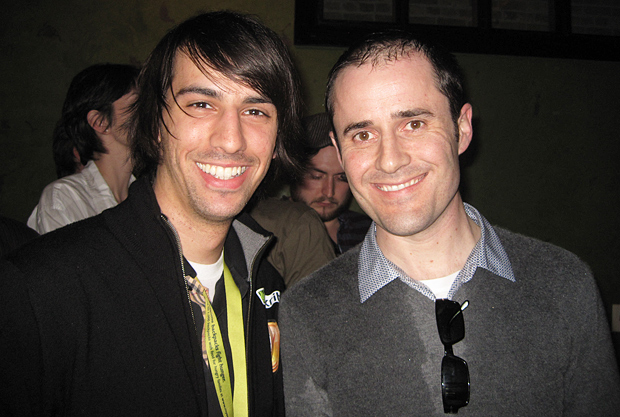 With @ev of Twitter at Peche (it was raining outside)

The typical routine this year went something like this: wake up late, get food, come back to the hotel, change and check email for a while, head out to the first party of the night at 8pm then hop around until the parties end around 3-4am, come back to the Hilton lobby and mingle with many folks until 5:30am when the Hilton's pool opened up, swim around for an hour or so, come back to the room, get room service and head to sleep by 8 or 9. And it was with this crazy schedule that I met and got to converse with some interesting folks. Networking at a bar is one thing, but being able to chat about tech with smart people in a hot tub is something not easily forgetten for anyone involved. 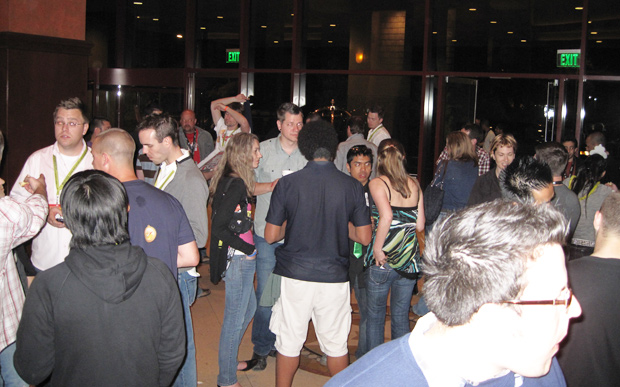 The Hilton lobby got busy every night around 3-4am. Inevitably someone orders 20 boxes of pizza. 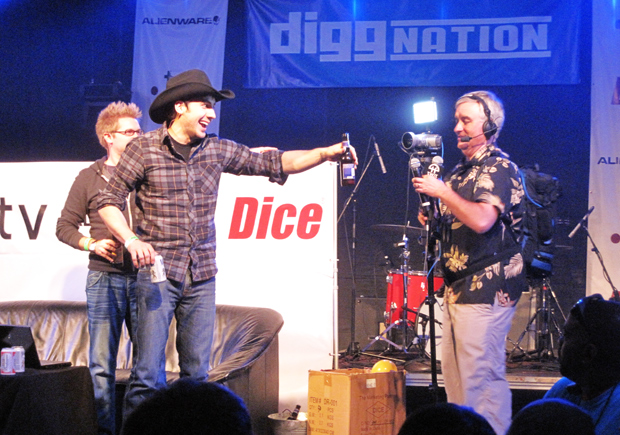 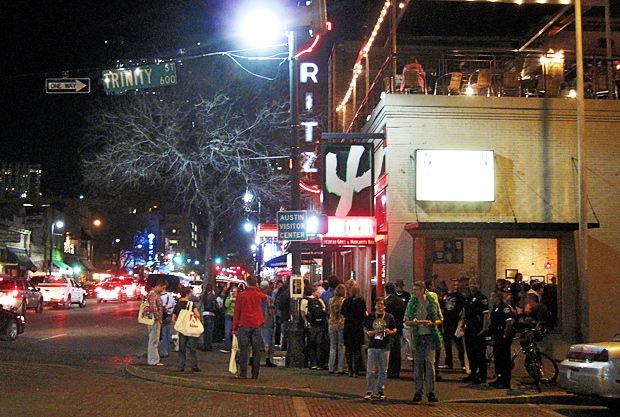 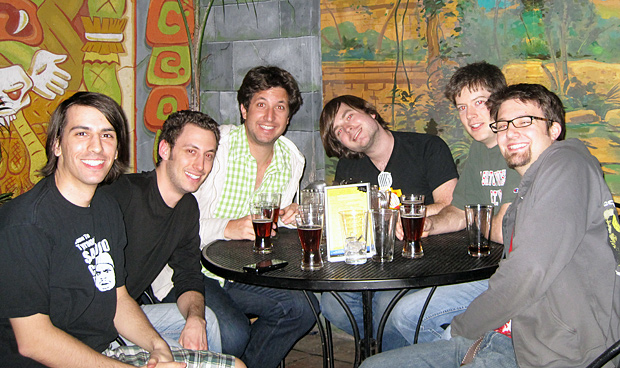 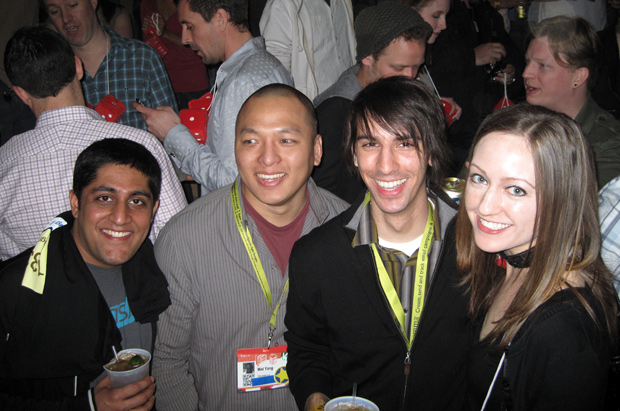 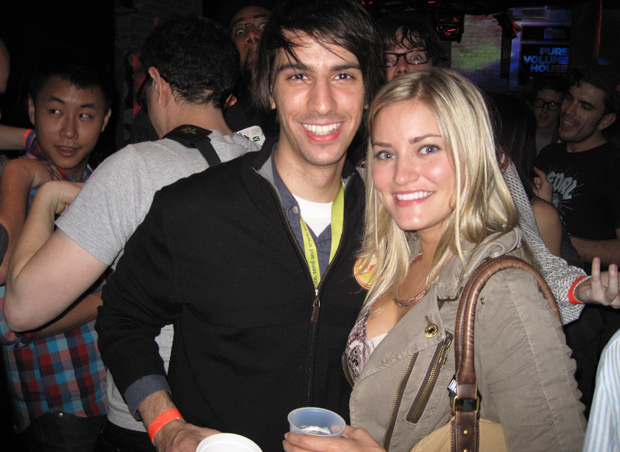 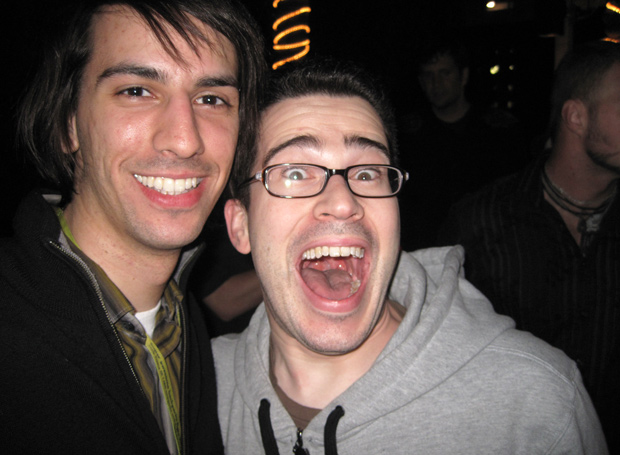 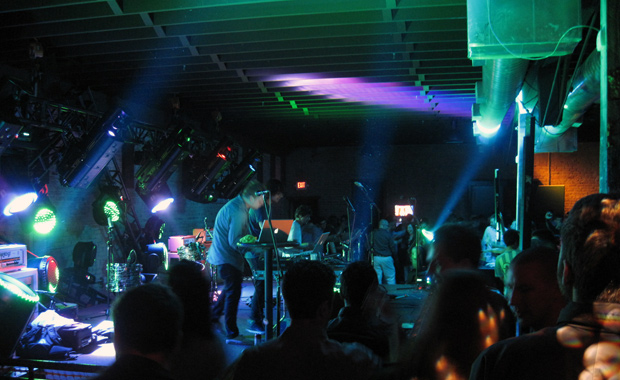 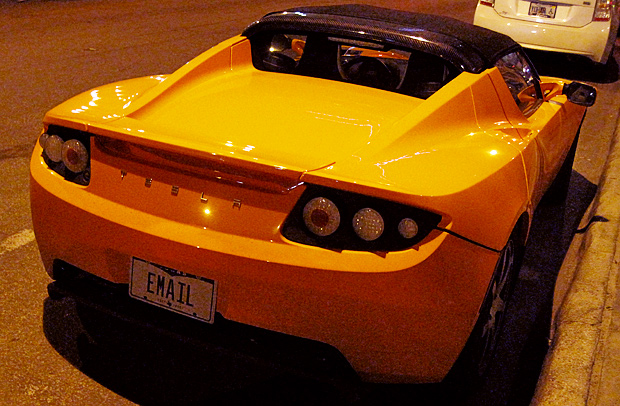 Tesla Roadster on the street - belongs to @joshuabaer of otherInbox 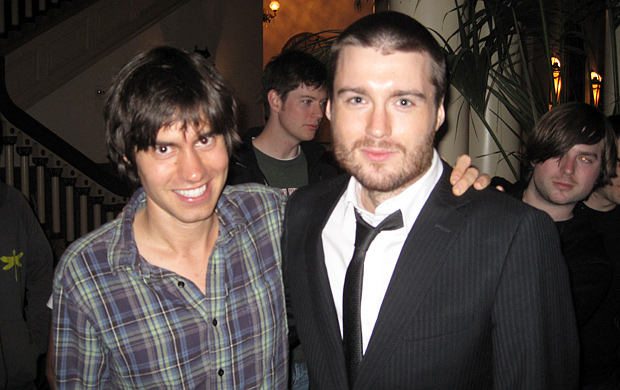 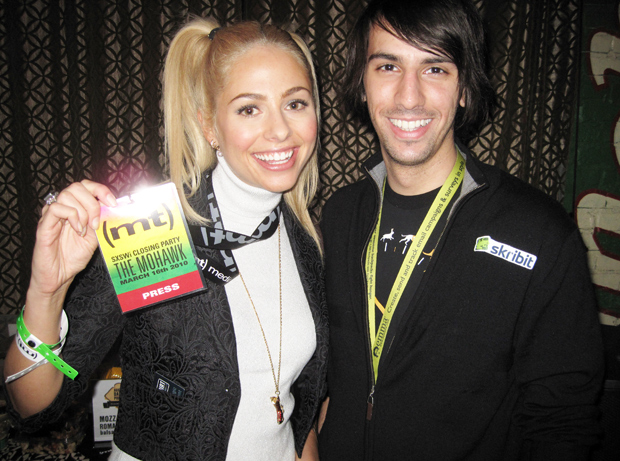 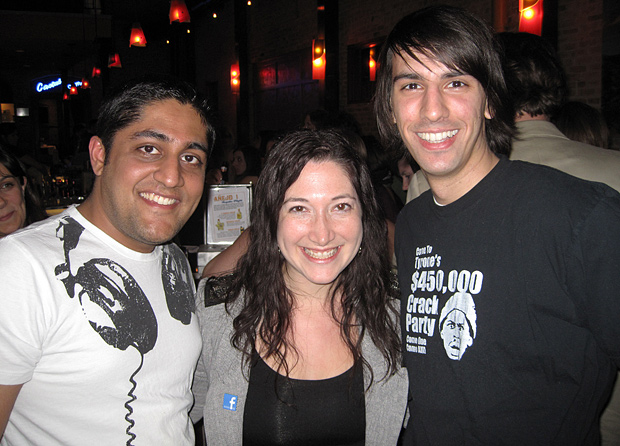 One of the biggest takeaways from SXSW was that so many of the attendees seemed to be from San Francisco. So much so that the unofficial slogan of SXSW might as well be "where San Franciscans go to meet other San Franciscans."

Have you been to SXSW before? What did you think of it? If not, is it something you would consider attending? As for those of you taking note that my blog posting has been slowing down — been busy with stuff, which I'll probably explain in another post soon.