To start off March with a bang, the RIAA sent out 400 letters to 13 different universities regarding potential copyright infringement cases, according to Information Week. In their typical ways, the RIAA expects to settle with most students outside of court.

They have even setup a one of those newfangled things called websites and named it P2P Lawsuits. Students and others that have received a letter from the RIAA can settle their case online with this site. It appears they are just jonesin' for hundreds of online settlements as they have taken the time to make settling a lawsuit a simple four step process. I hope the website makes them money so they can fire the toddler they've assigned the task of web development... 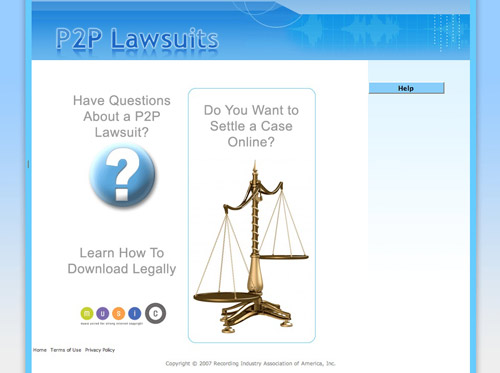 Do you think you're at risk of getting one of these letters in your (physical) inbox?

Update: The following universities were sent letters from the RIAA: