Last year I reviewed the Vudu set-top movies box and noted how it changed the way I watched movies. Instead of having any preconceived idea about what I wanted to watch, I would just plop down in front of the TV and find something with the Vudu. Taking that as a segue, the Dash Express has changed the way I commute. Rather than scouting for good restaurants to take a date or dive bars to take the posse, I just hop in my car and find something directly on the Dash Express in seconds. 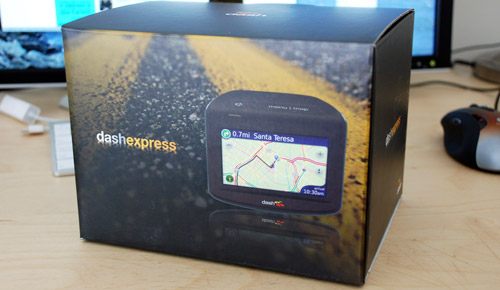 Dash Express Box
The Dash Express is the first two-way Internet-connected automotive GPS navigation device. That means it can receive data from GPS satellites as well as transmit and receive data online via cellular and Wi-Fi Internet connections. At 399 USD, not including applicable monthly charges (as low as 9.99/month prepaid), the Dash Express has the ability to update itself over the network. You're not purchasing another outdated device.

One of the key features of the Express is live traffic collected via the "Dash Driver Network"; each Dash Express unit anonymously updates the DDN with location and speed, helping to update live traffic information. Then there are the newly-launched Dash Apps, allowing users to extend the Dash's feature-set. There are more notable features but I'll get to those shortly.

Sounds good on paper, but what about in real life?

Out of the box, it takes no more than 10 minutes to get the Dash Express up and running. That involves assembling the sturdy base with cradle, pushing the suction cup on your windshield and locking it in place, attaching the car power adapter and sliding the Express into its cradle. The initial boot up will take a few minutes but after that it's ready to serve up directions.

To take advantage of the online features available at my.dash.net, creating an account and supplying the unit's DDN number is necessary. That's also a trivial process. 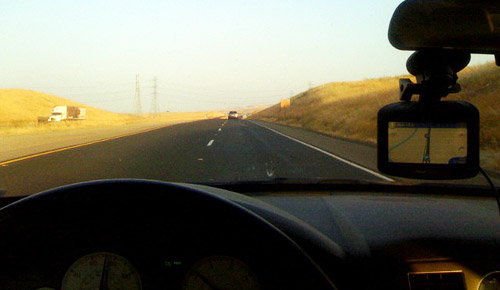 Example of how it usually takes two taps to get the menu button to do anything: 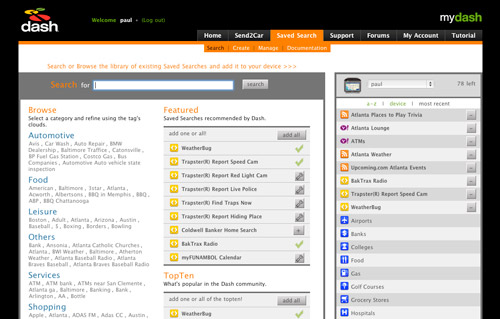 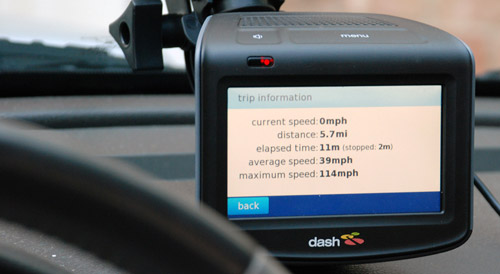 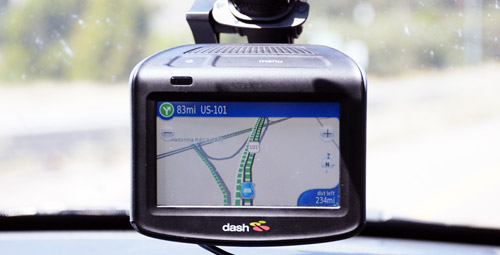 Unlike other automotive GPS units on the market today, the Dash Express is for everyday use. Even if you know where you are going, Dash wants you to use the Express to take advantage of its key feature: TruTraffic. With the Dash Express, you get access to live traffic data from other Dash Express units on the road as well as government-provided and commercial fleet traffic information.

When live traffic data information is not available from other Dash units via the Dash Driver Network, the Express provides you with historical traffic data based on the road and time - and it works pretty well. It has always been able to tell me that North Ave near Georgia Tech is a parking lot at 5pm during the week. To take advantage of the live traffic information from other Dash Express units, there needs to be a tipping point of Dash Express units in your city: around 2-3 other drivers ahead of you on the same road.

So how well does it work? Traffic information is pretty much spot on. There have only been a handful of times when the Dash's traffic data has wronged me and once was an accident that had just occurred and the other was a road closed for construction. I would, however, like to see a button on-screen during routing that lets me say something like "this traffic sucks, find me a route that avoids this street." Sometimes the Dash will popup something along those lines when it detects bad traffic live: 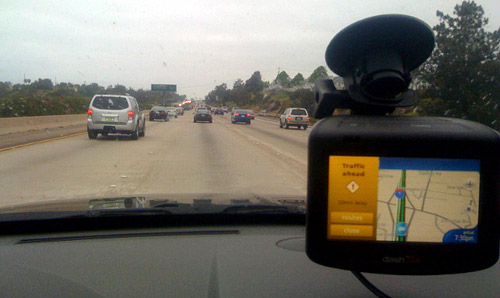 The Dash Express warning me of traffic ahead (live) in San Diego.

It has been hinted that Dash will be slowly adding shortcuts taken by drivers. I think that will be rather spiffy. In addition I wouldn't mind having the Dash learn my driving habits. For example, it always directs me to take North Ave to get somewhere but I rather take a more scenic and safer shortcut through campus.

While I initially docked off a few points for the Dash's lag and usability issues, it gains most of those back with the promise of future features and bug fixes via over-the-air software updates. The open content platform has so much potential. Great companies are already publishing some interesting applications for the Dash. One of the more popular Dash applications lets you find and report police speed traps. Combine that with a Valentine One and a supercar and you're good to go. More information can be found at the official Dash website.

Note to Canadian and international readers: The Dash Express only works in the US and has preloaded maps for all states.