Crucial has been in the RAM industry for a long time but they have only recently started to appeal to those wanting high-performance memory, such as gamers. Crucial has entered the mainstream high-performance RAM market with their recent Ballistix memory line which boasts high speed and stability. Crucial has generously sent over 2 512MB sticks of DDR400 Ballistix and I am going to put them to the test.

The system being used to test the Crucial Ballistix is a Shuttle SN85G4v2 powered by an AMD64 3400+ (Socket 754) controlled via an nForce 3 150 chipset. It has an X800Pro video card with Artic Silver 3 on the GPU and ramsinks attached with Artic Silver thermal adhesive. The Shuttle has a SATA Western Digital Raptor hard drive that stores Windows XP Professional 32-bit SP2 with the latest updates. This is the same computer that earned me a spot on the FutureMark 3DMark03 Hall of Fame two years ago. One thing to note about this setup is that memory can only be run in single channel, it was only until AMD's Socket 939 and 940 that dual channel was implemented.

To eliminate all lurking variables the hard drive was defragged several times. I went into the System Configuration Utility and removed everything from the Startup tab that was not absolutely necessary. The appearance was then changed to Windows Classic style to reduce memory overhead. Finally, all superfluous system processes were killed and fast user switching was disabled.

Each set of RAM will be put through its paces with a slew of benchmarks. Before being able to proceed to the real benchmarks, each stick of RAM must pass a session of MemTest86. Then they will be given SiSoft Sandra 2005's Memory and Cache & Memory benchmarks followed by the RAM and Multi-thread tests in PC Wizard 2006. A calculation with SuperPI set to 1M finished up the tests.

I have decided to include another set of RAM, Corsair XMS Pro, to compare with the Ballistix. You may notice I have tested some of the RAM at different timings than the product's specifications. There are several reasons for that: either I used the SPD (serial presence detect) timings or the timings used added to system stability.

Each set of RAM was benchmarked at three different speeds, however the Corsair was unable to clock to a 220MHz FSB and had it's tests run at 215MHz instead. The CPU voltage was raised to 1.55Volts for the higher overclocked benchmarks and the memory voltage to 2.9Volts. The CPU and memory voltages were left untouched for the other tests. RAM timings were altered in between speed benchmarks in order to get the computer to boot properly and pass MemTest86 without errors. However, the Corsair proceeded to give SuperPI errors. 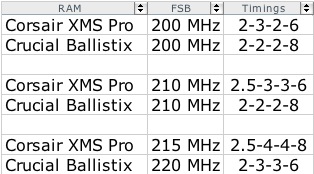 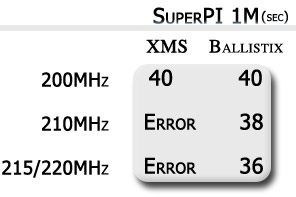 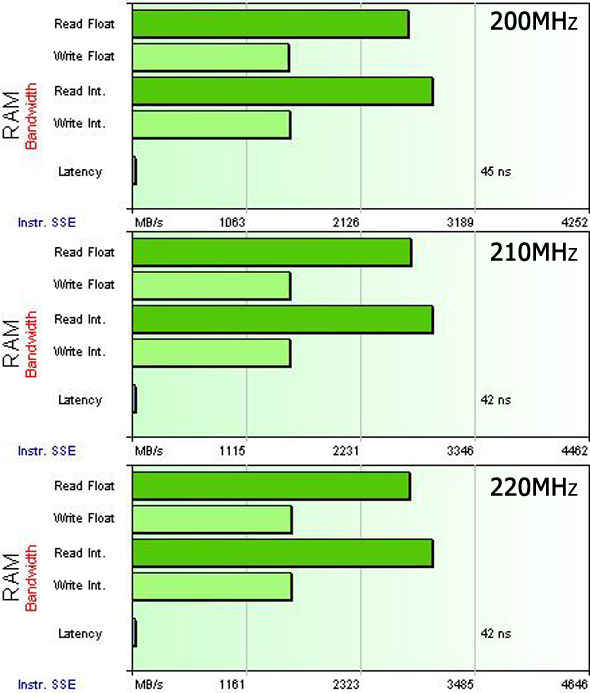 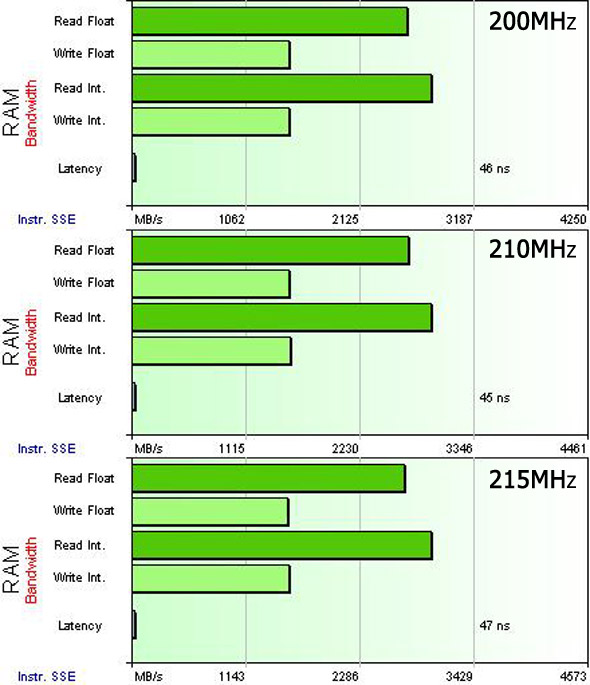 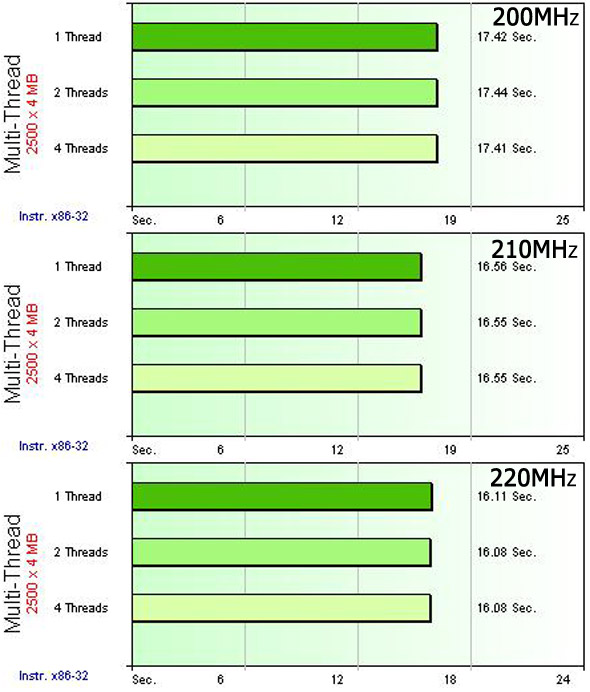 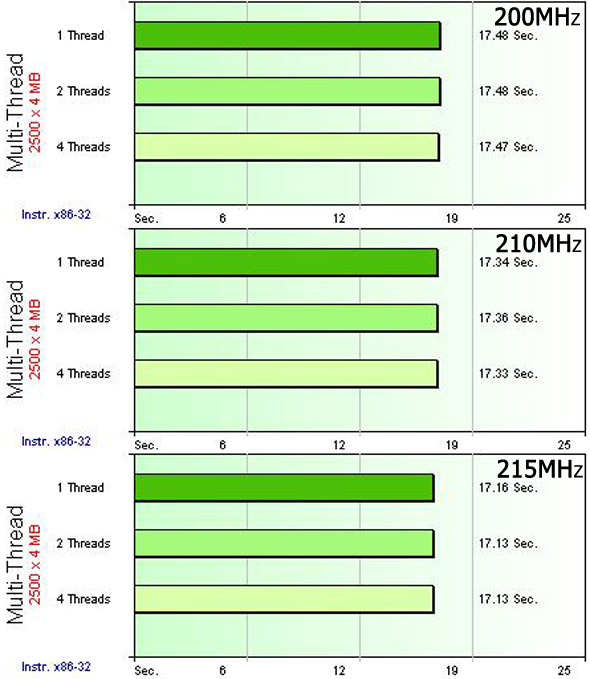 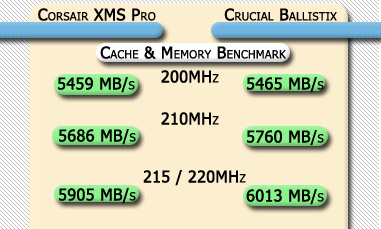 If it came down to either of these selections of memory for purchase, the Crucial Ballistix would be the obvious choice. The Crucial is suprisingly king of both price and performance. The low timings and extreme stability make it a viable solution for your next gaming rig. I was suprised at how stable the Ballistix was with an overclock. I was able to open up Call of Duty 2 and play for an hour without any problems at DDR440 speeds, well over its rated speed of DDR400. With the Corsair, just opening Call of Duty 2 would result in a BSOD. Finding extremely low latency RAM, such as the Ballistix, has become rather challenging recently since the demise of the Winbond BH5 chips. However, new chips from Samsung (TCCD) and Micron ("G" Die) are offering great possibilities and I personally recommend upgrading to Ballistix. If you ever find yourself on some computer forums, do a search for Ballistix and you will see how they are well received by the PC enthusiast community. Anandtech was even able to get the Ballistix past DDR500 speeds in their test rig here. The Crucial Ballistix memory reviewed today retails for 128.69 and you can check it out at the Crucial store.
Published 17 Dec 2005