Things will be a bit slow around here until I find my bearings again. I just moved to another apartment this past weekend. There were a few reasons for moving, from wanting to find cheaper rent with upcoming expenses (which is also why you'll see me experimenting with different ads on this blog) like paying for my own health insurance and starting to pay student loans, as well as wanting to live in a pet-friendly place so I can adopt a big dog/running companion (currently looking at labrador mixes).

I found a nice loft-style apartment that had the same amazing fiber ISP I've had for the last year. I'm happy to report that the pipe is just as fat as my old place. If you ever find yourself apartment hunting in midtown Atlanta and DirecPath/PurDigital/Biltmore Communications is listed as one of the available ISPs, you better seal the deal. They're the best ISP I have ever dealt with. When was the last time you paid for a service rated at 10 megabits and got over 70 megabits download speed and 45 megabits upload speed? I'm never going back to Comcast. 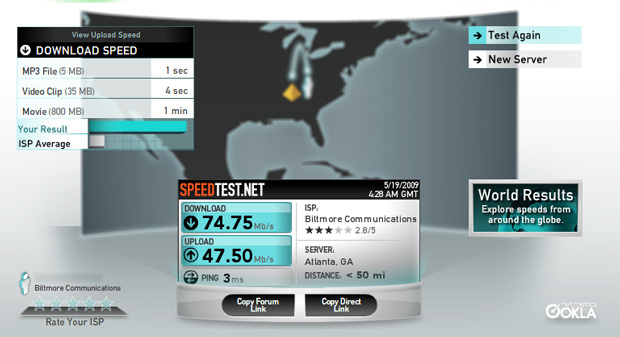 That being said, with a static IP the service runs about 70 a month. Somehow I only paid 22/month for the same service at my old apartment; I believe it was subsidized by the building community.

As for the move, I was concerned with how I was going to move (and not break) my 50-inch plasma HDTV. I was especially worried as plasmas are notoriously prone to cracking with even subtle flexing, much more so than LCDs. I hired professional movers that touted themselves as being good at moving large televisions. Well, I didn't have this in mind... 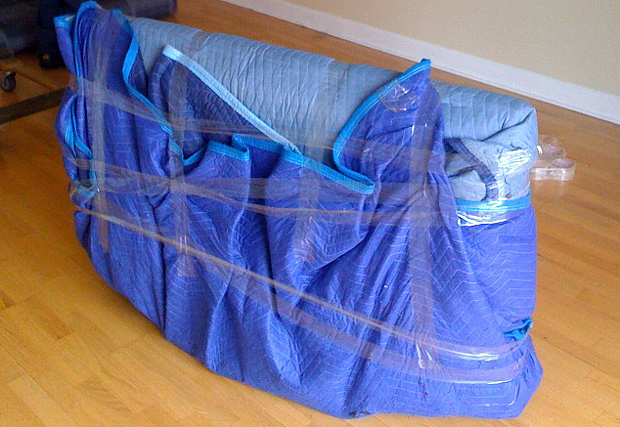 Despite that shoddy padding, the HDTV survived the massive 5 block trek.

With the new place I also decided a desk upgrade was in order. I went to Ikea and got the largest desk I could find. A 63" by 47" Galant desk was just the ticket. The most important aspect of this desk is that it's deep and I don't have to be so close to the monitor. I originally sold my old 30-inch Dell LCD because my desk wasn't deep enough to comfortably use it. I've been using a 24-inch since then, but we'll see if a 30-inch is in my future again. 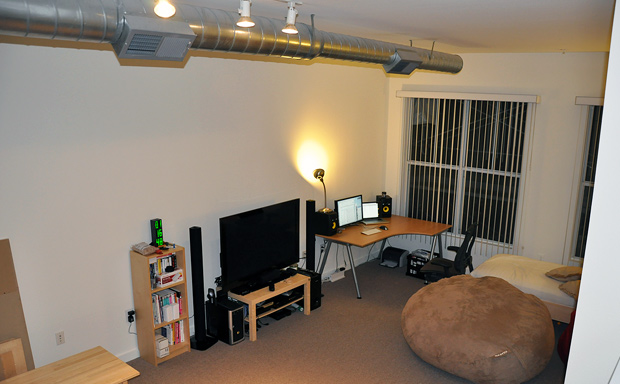 Unfortunately, I now live in a dead zone. I'll see how much of an issue this is over the coming weeks and then decide from there if I need to research cell phone repeaters/boosters. It could stem from a variety of issues from building construction, AT&T network coverage or just weak iPhone 3G reception. Either way, it's very frustrating. Text messages work okay, it will just grab those when it gets a little signal. Otherwise, I miss a lot of calls.

What are your experiences with cell phone "dead zones".. any remedies?