Now that I have recovered from my jet lag, I have been catching up on news, the biggest story being the iPhone 3G launch that I missed. Well, not entirely - there were quite a few stores in Rome that had the new iPhone. Today I began standing in line for an iPhone 3G at the Apple Store at 7am. Five hours later I had a shiny new black 8GB iPhone 3G. This was my first experience of waiting more than a few hours to buy anything so I decided to catalog my experience with (iPhone) pictures.

Entering Lenox Mall at 7am 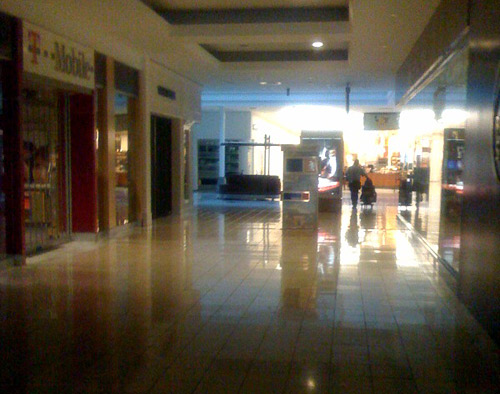 You can't sit on the floor.

The security guard informs us we are not allowed to sit on the floor. He is flooded with questions. Once he leaves, everyone sat back down again. He came back a few times to tell us the same thing. 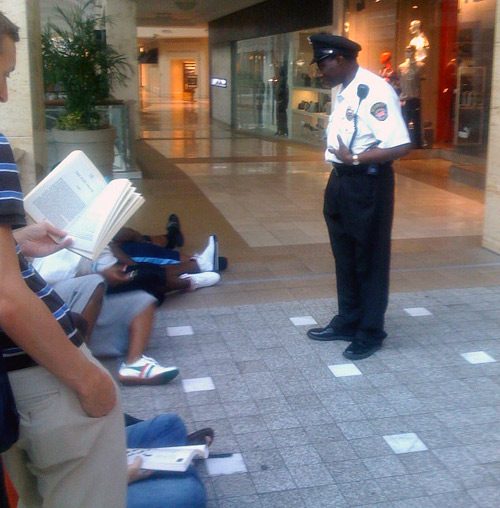 Wise line-waiters moved several couches from other parts of the mall. 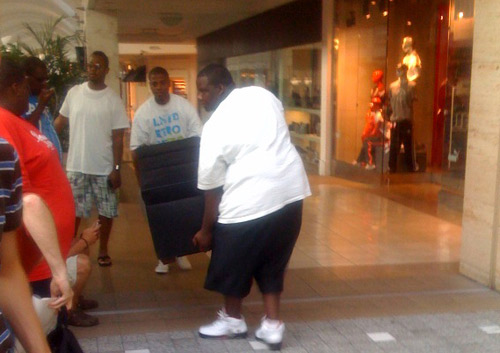 The line grows at a rate of one or two people every 5 minutes. People keep busy with everything from crossword puzzles, playing on their iPhone, listening to music or chatting up with other line-waiters about the iPhone 3G. 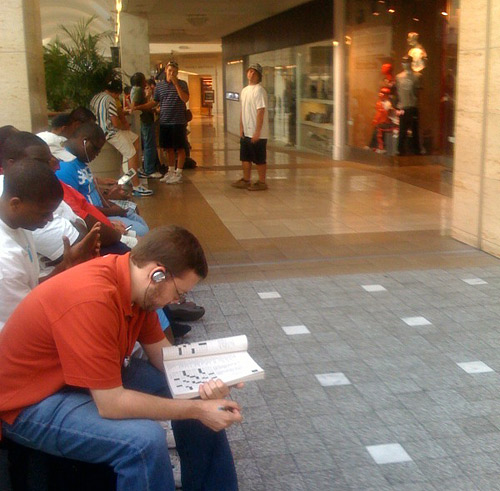 The doors are about to open at 9am. Little did I know it would take another 3 hours to get my iPhone 3G. 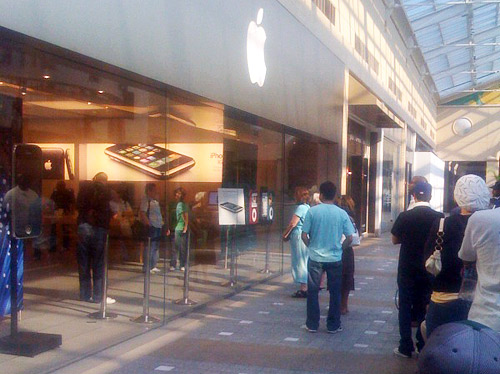 By 10am the line had grown to 150 inhabitants and wrapped around the atrium. At this point only about 4 people had received their iPhones. It was done one at a time and seemed to take 20 minutes per person. Around this time Apple employees went through the line and instructed us to dial 611 to find out if our account was eligible for the iPhone 3G and at the subsidized price. A classmate in line with me was disappointed to discover that he would not be able to pickup an iPhone 3G as he was not the primary account holder. 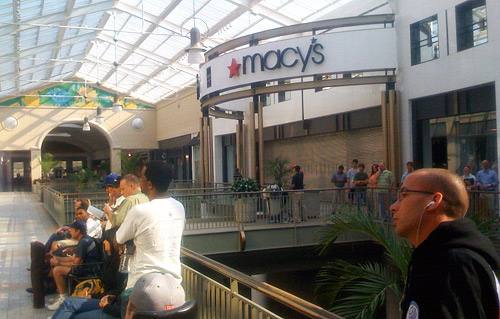 Apple hands out a flier detailing information we need to provide to make things quicker. 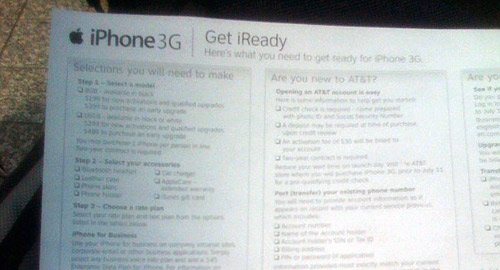 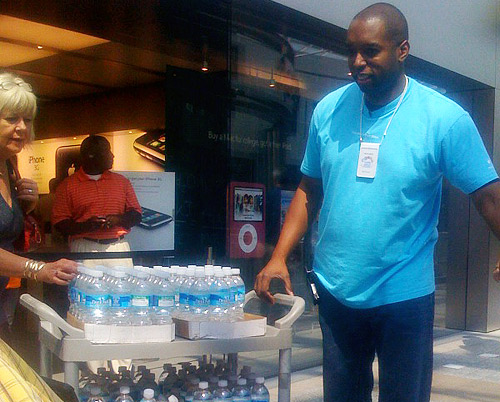 My time has come

It's my turn to enter. 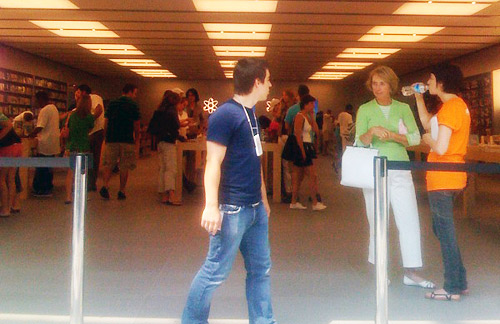 After I walked in, I told the Apple employee I wanted the 8GB iPhone 3G. He went away to the backroom and came back. After telling him I wanted the 200 SMS text messages plan and was fine with the additional charges and terms, he charged my debit card and instructed me to unbox my iPhone 3G. Activation was as simple as plugging in the iPhone into a display computer and opening iTunes. The AT&T plan upgrade was all done on the Apple employee's handheld. 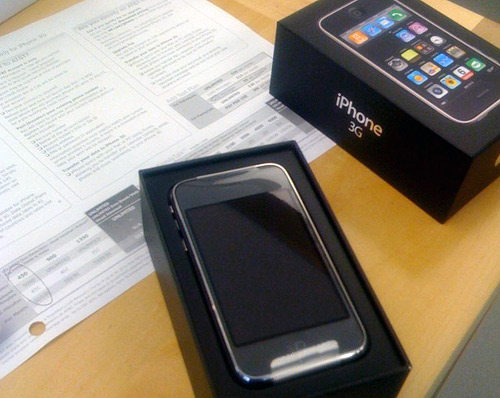 Famished, I headed to an eatery and let iTunes backup my old iPhone. The backup and restore process took an unreasonably long amount of time. 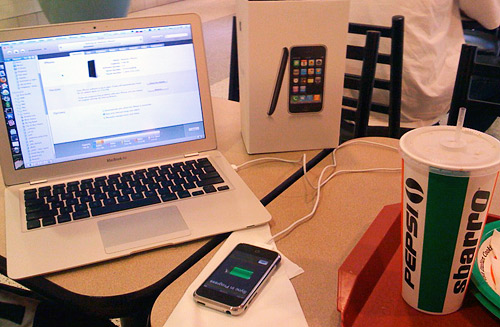 I'll make another post about my iPhone 3G thoughts but overall I think it has successfully lived up to the hype. The App Store is a huge step for making the iPhone a versatile platform. I'm most interested in location-aware applications. Similar to the Dash Express, I just want to get in my car, or in this case whip out my iPhone 3G, and find a place to eat, look up movie times and get directions, et cetera.

Do you have an iPhone 3G? Do you plan on getting one? What apps do you like? I'm still looking around for some good ones to tinker with.