Last year I wrote a tech new year's resolution post where I wrapped up the year and listed my goals for 2008. I stated that I wanted to reduce clutter in my life in regards to physical possessions and digital assets. I think I have successfully accomplished what I set out to do.

After a home invasion/assault/robbery made me rethink where I was living, I moved into a secure apartment of my own. Unfortunately with a bigger place of my own, I ended up getting more stuff to fill it up, like a couch, coffee table and the like. However, I have been able to get rid of all the small things cluttering up my household. The new apartment had a surprise for me: a ridiculously fast fiber Internet connection. 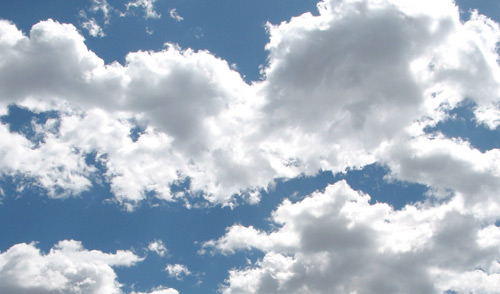 That helped me smoothly segue into the "cloud." If anything, 2008 was the year of the cloud for me. I began to embrace online storage and SaaS solutions and thereby loosen my reliance on local storage and the accompanying burdens.

While I still have a few things left to organize and complete this decluttering process, 2009 will be about the next step, productivity and efficiency. After having just graduated from college my next big challenge will be adapting to the working life, and working from home at that (coffee maker ordered). I will need to master a work routine. However, I don't just mean your typical GTD-esque productivity boosting. I want to master the tools I use to get my job done.

For example, I've been using the TextMate editor for years but only just learned that it can do CSS validation and that the Ack in Project bundle will save me time fumbling around with grep to find a certain line of code. By becoming more familiar with the branching and stashing capabilities in git I'll save time by being able to work on specific pieces of code all at once and push whatever changes I need at the given moment. The same goes for prioritizing to do lists, bug tickets, emails and so on.

2009 will be about learning for me. This isn't to say that I didn't learn anything in my last 4.5 years of college, but now I will have the time to focus honing skills that will be directly applicable to me in the work I do. For one, I will be doing a lot more reading. At the moment, I have Malcolm Gladwell's Outliers, and Donald Trump's Think Big and Kick Ass lying on my desk (granted the Trump book is more of comedic relief - example, the chapter on the importance of getting a prenuptial agreement or the part emphasizing getting revenge, only 10x worse than what someone did to cross you). Of course, there will also be the many technical reference books that will be next to me (at the moment that happens to be O'Reilly's Rails Up and Running and Justin Williams' Rails Solutions).

Rodin's The Thinker (source).. yes, odd placement in this article, but related to learning.

Oh and I have to learn how to file my own taxes. Hello H&R Block..