WordCamp, the annual meetup of WordPress users, enthusiasts and developers, will be taking place July 21-22 in San Francisco, California. I'll be in attendance for at least one of the days (one day is designated for advanced users, one for beginners). I just bought my ticket and will be in town for an extra few days to visits friends. If you can come out, I'll likely have Stammy business cards and/or buttons to give out. 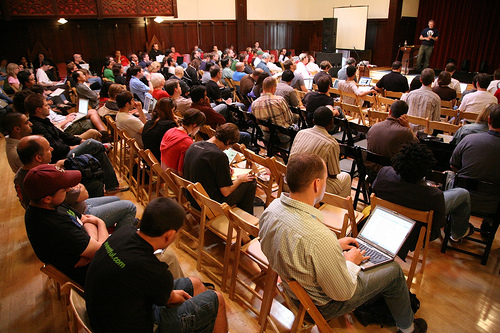 Last year's WordCamp brought in many people from blogger Om Malik to people from across the world (well, at least outside of the US).

As for hotels in the San Francisco area, they aren't cheap although a few deals can be found here and there. I recommend finding a friend whose couch you can crash on.