First it was video with Amazon Unbox, now the online retailer giant is venturing into digital music sales with Amazon MP3. Here's the real kicker - all songs are DRM-free, encoded at 256 kilobits per second and priced from 89 cents to 99 cents each, with most albums costing 8.99. In comparison this is considerably better than Apple's iTunes Store offerings which are plagued with DRM (there are some DRM-free tracks but they go for 1.29) and low bit rates. 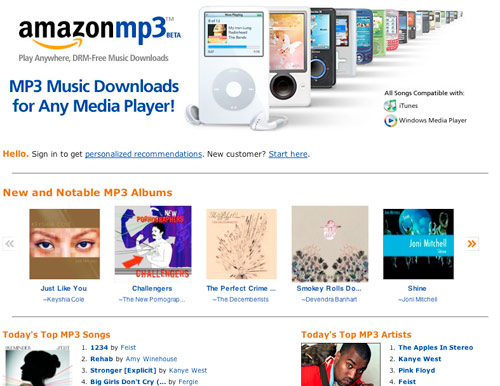 Unlike the iTunes Store's DRM-free tracks that only come from EMI, Amazon MP3 has secured 2 million DRM-free songs by more than 180,000 artists from over 20,000 major and independent labels; nothing short of impressive. As for how you go about downloading the songs from Amazon MP3, there is a downloader application to facilitate the process. You download a .amz file from the website which is used by the downloader application to fetch the real MP3s for you. The real question is if this downloader application will be offered on alternative platforms, like say Linux. However, after some prodding I discovered that the downloader is not absolutely necessary and songs maybe downloaded without it, as noted at the bottom of this screenshot. 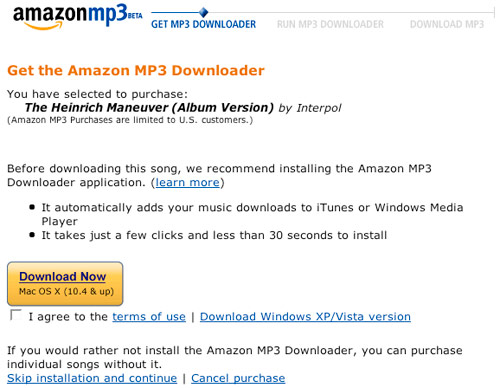 The downloader application makes an "Amazon MP3" folder within your Music folder and creates the appropriate directory structure based on artist and album name. Overall, the download experience was quite pleasant and the 7MB/3:29 song I purchased was downloaded in roughly 5 seconds over my "6 megabit" connection. 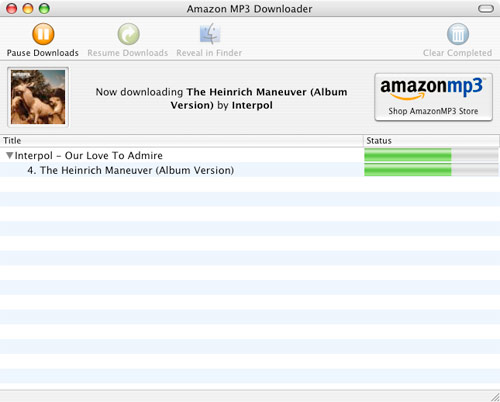 As for integration with iTunes, it is obviously going to require a bit more effort and is not as streamlined a process as is purchasing songs with the iTunes Store. However, I discovered that Amazon puts a comment within the ID3 tag metadata container for the song. As such, it is easy to make a Smart Playlist in iTunes that will automatically aggregate your Amazon MP3 purchased songs in there - sort of like the standard "Purchased" playlist. 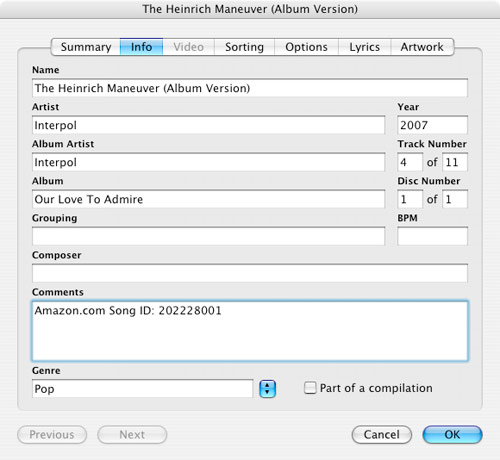 By default, the Amazon MP3 Downloader automatically imports your newly purchased tracks into iTunes, so there isn't too much hassle on the user's part after setting everything up.

Amazon MP3 is kicking ass and taking names, short and simple. iTunes Store afficionados won't like the extra hassle of setting up Amazon MP3 but I believe the DRM-free benefits, lower cost and higher quality songs will lure many over. For me, the lower price was incentive enough to switch over - and I'm a huge iTunes Store user, having spent close to 1,000 on songs over the last two years. Competition is always great for the market so hopefully this will spur Apple to do something of epic proportions.

Assuming you already pay for your music (long shot, I know), will you start using Amazon MP3 regularly? Give it a whirl and let me know what you think.