I've been at the airport and on a flight home for the most of the day and missed most of the Mozilla Firefox 3 Beta buzz. Now that I've had a chance to glance over it, I must say I'm optimistic about where Firefox is going. Firefox 3 seems to be addressing the user experience more than anything else. There's a better download manager, one-click bookmarking (stars), better security, patched memory leaks (or so it has been claimed) and everything else you might expect from the big M. 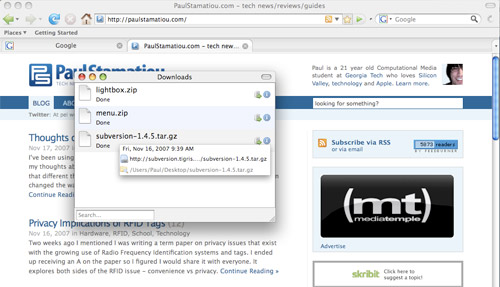 ArsTechnica has a thorough post highlighting some of Firefox 3 Beta's new features. You can give Firefox 3 Beta a go and download it from Mozilla's developer site.