I first heard about OpenID in 2005 and have kept hearing about it more and more since then. I never actually jumped on the bandwagon and started using it though - until now. I won't go into the details of OpenID because you've probably heard about it just as much as I have. The goal of the OpenID is to reduce the number of accounts and identities web users must manage on various websites and instead just maintain a single online identity.

If OpenID is so useful, why has it taken me this long to begin embracing it? At first it was a bit of skepticism. Why would I delegate my identity to an OpenID provider? I was always taught not to put all of my eggs in one basket. It just seemed like trusting my entire online identity to one provider/service was a bad idea.

I never actually took the time to read up on how exactly OpenID worked and just didn't feel comfortable changing my workflow to support something that had yet to tout large adoption rates. After a while it all started to make sense. Why have my identity with one site and another similar identity with another site and so on? DataPortability comes to mind. Users should have the ability to easily control their identity and personal data for any site or online community to which they belong. 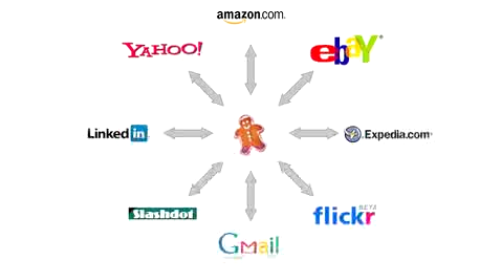 For the average web user, one that doesn't own a domain, OpenID probably won't make sense for some time. Tony Haile pinned down some of those reasons in a recent post about OpenID. Maintaining an online identity is all about merging a personal brand and communication identifiers to authentication. Logging in with a generic OpenID URL does little to create a fluid user experience and tie those three identity elements together. I didn't like using an OpenID service whose authentication URL wasn't under my "control". Logging in with my domain feels better, even if I do end up delegating that to an OpenID provider.

Fortunately that issue is waning away as OpenID providers like Yahoo! allow people to use more personally-meaningful URLs, such as their Flickr photos URL, for OpenID. Ideally, OpenID URLs should be tied to a real profile of that person and be more than just a URL, an identity.

Naturally, OpenID is pretty useless if the sites you use regularly don't support it so that was a big reason why I didn't feel the need to use OpenID.

Clickpass did it for me

Clickpass made me rethink OpenID. A mixture of their seductive site design, pleasant and clear UX and clicking to login to (supported) sites made it easy to use. Clickpass still faces the initial OpenID problem - adoption. There aren't many sites that support Clickpass, yet. Regardless, Clickpass makes for a stellar OpenID provider. 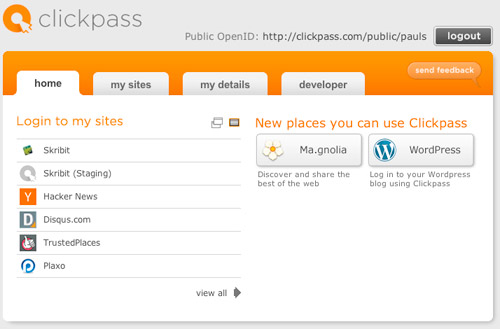 With that being said, I'd like to announce that Skribit now supports OpenID and Clickpass. It's one more site you can give your new Clickpass account a test drive on. 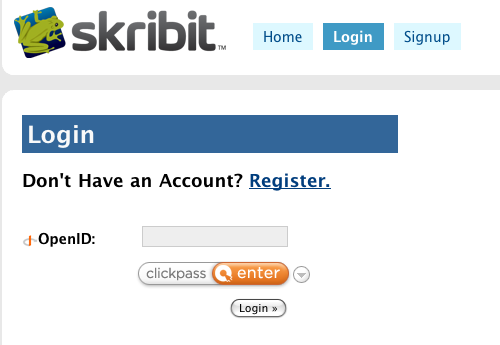 Do you embrace OpenID and Identity 2.0? What sites do you use your OpenID on? Who is your OpenID provider? Is OpenID here to stay? I'll go first: (1) Yes, (2) Basecamp, Skribit, Hacker News, Jyte (among others), (3) Clickpass and (4) OpenID has the support of large corporations as providers but those corporations have yet to actually use OpenID themselves (the canonical example being Flickr not supporting OpenID login even though Yahoo! is a provider). Give it some time, OpenID here to stay.