I've been so busy during my stay here in San Francisco that I haven't had the time to post much - less even go online, other than to upload pictures to Flickr. I've been leaving the house around 8am in the morning and getting back at around the same time the next day. I did however get to visit a ton of companies and startups in the area. As for how I got into all these places, either I knew a friend or Mike Malone did at each place.

I posted a few pictures from each place but if you want to see them all, visit my Flickr set. I'm in SF for WordCamp, which is going on right in front of me now.

Mike and I met up with Digg/Pownce designer Daniel Burka on Tuesday. Great guy, great companies. 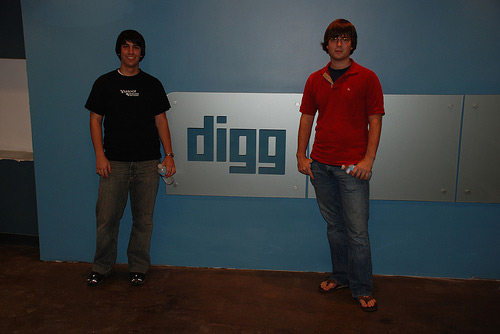 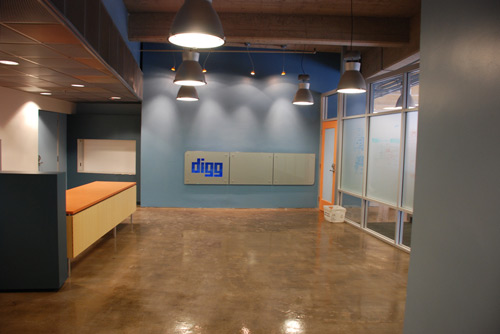 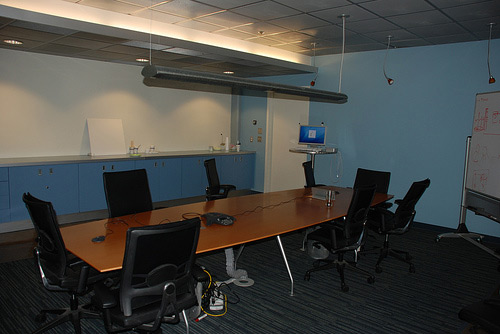 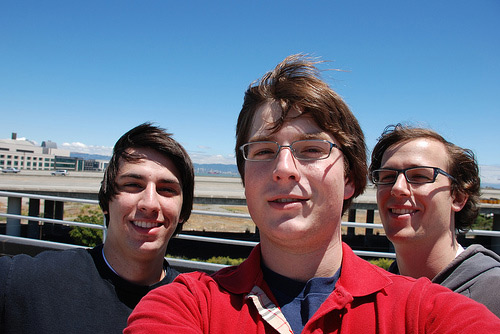 Flickr was among the most lively places. Cubicles are only half height and in the "bullpen" format, which facilitates fun activities such as shooting finger rockets across the room and faceball. 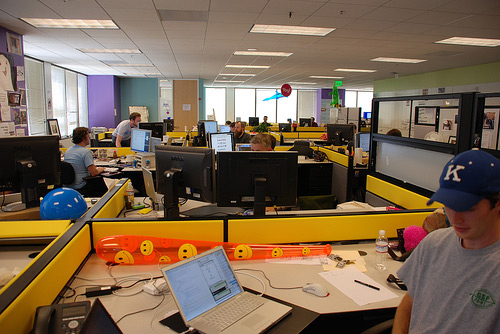 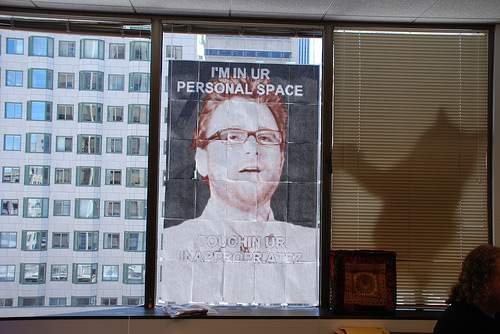 I went back to Yahoo! to visit with friends from my internship last year and friends currently working there. An internal hack day had just begun when I got there. 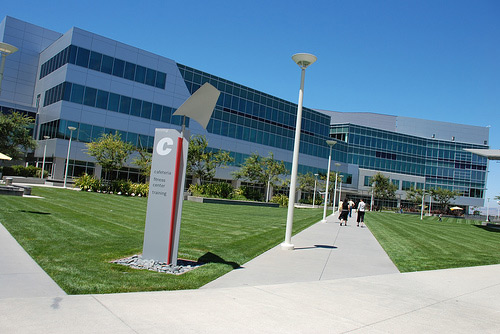 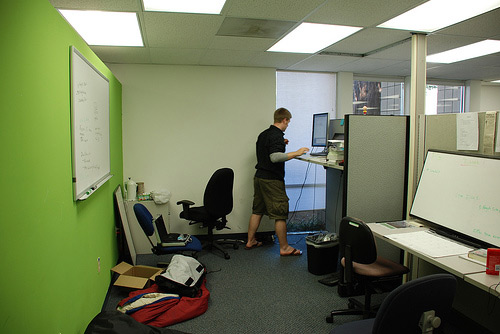 Flock is the social web browser I have talked about several times before. They're within a block of Mint HQ and near Meebo HQ.

I visited Facebook on Wednesday when they announced their purchase of Parakey, a web OS startup by two of the Firefox guys, so it was understandably very busy and active. The environment is amazing and has a huge number of people that appear to be under 30 if not mostly under 25. Definitely a place I might consider working in the future. 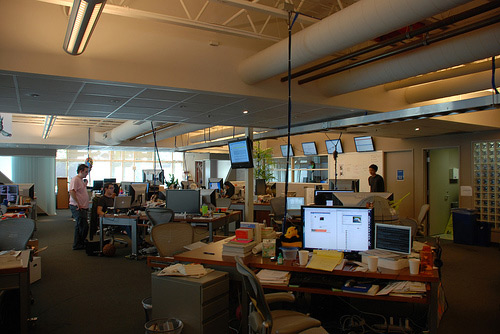 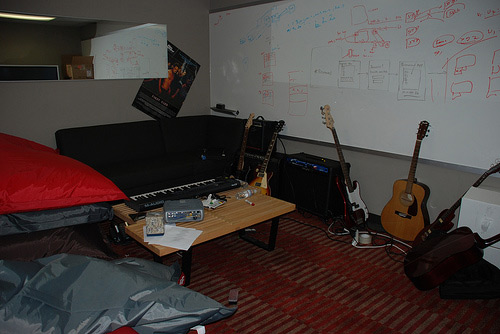 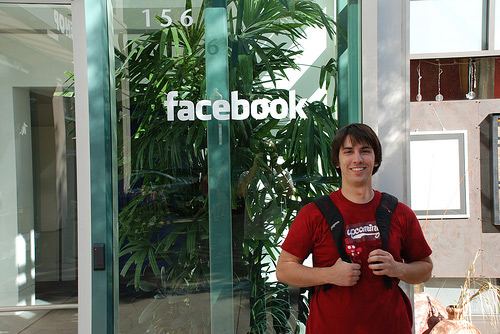 Google had a strict policy about photos and makes visitors sign an NDA, so I could only snap a few pics outside. The free lunch was great though. There are many cafes in different buildings with a variety of foods. 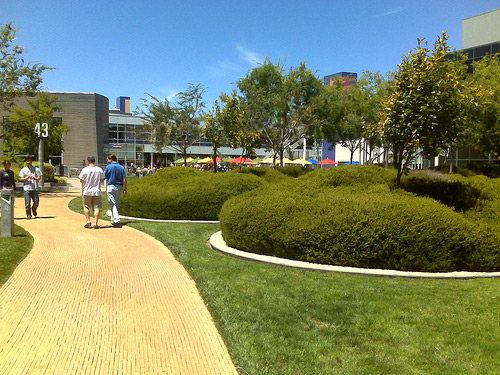 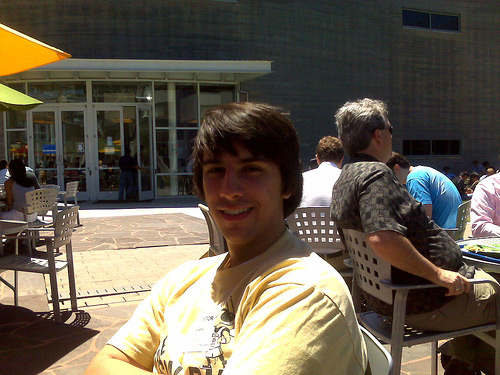 And of course it wouldn't be San Francisco without some fancy cars, such as this 440,000 Porsche Carrera GT. 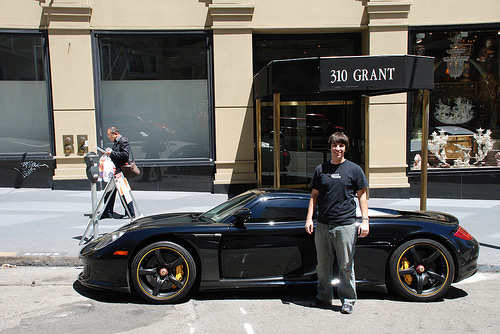 update: I forgot about OpenDNS. 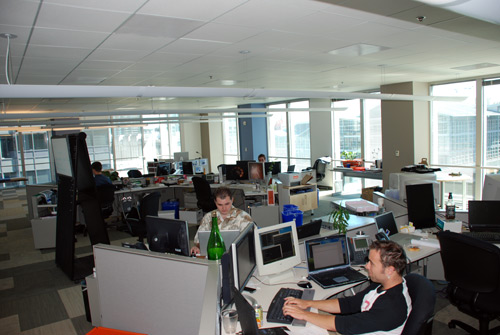 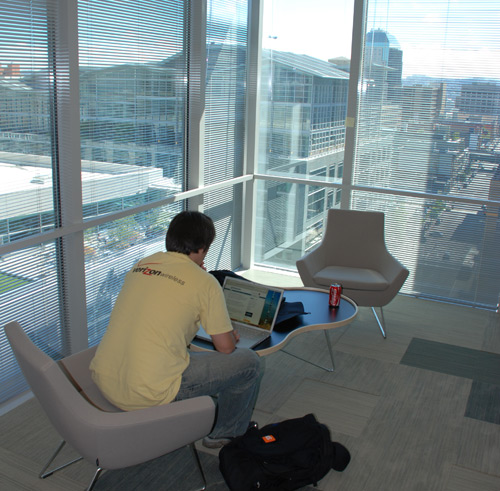