Lots of great news in the Apple software realm today. Apple released iTunes 7.1 which includes the notable feature addition of full-screen Cover Flow and support for Apple TV. The iTunes update comes bundled with QuickTime 7.1.5 and also includes a few security fixes and Vista enhancements for Windows users. Hopefully this iTunes update means that Apple TV is around the corner. Apple took longer than expected with Apple TV production and didn't make the February shipping date. TUAW has a post about iTunes 7.1 including the new sorting options. 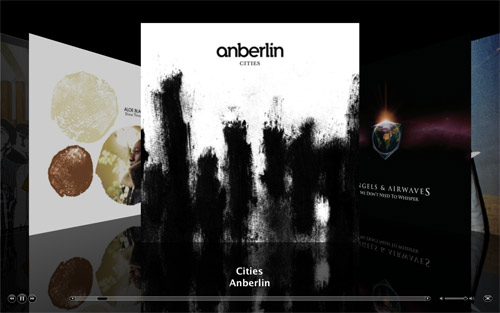 Full-screen Cover Flow in all its glory... do you find it useful or is it just "neat"?

Meanwhile, Adobe confirmed March 27th, 2007 as the day they will be announcing Creative Suite 3, the uber bundle of creativity software such as Photoshop. CS3 is highly sought after for Mac users as it is a universal binary and runs great on Intel Macs. Unfortunately, CS3 won't be shipping on March 27th and you'll have to wait until "Spring 2007".. which hopefully means mid-April to coincide with the rumors about Apple's April release of OS X Leopard.

When CS3 finally begins shipping, will you be purchasing it or waiting for other means of securing your copy? I think I might purchase the educational version of Photoshop CS3, although I find myself using InDesign a bunch as well.