A few weeks ago I learned about the Apple recall of their ("impossibly small" as Steve Jobs would say) iPhone 3G USB power adapter. Apparently the prongs are at risk of separating from the adapter and becoming lodged in electrical outlets. I filled out the form online and today the replacement adapter arrived.

However, this post isn't about the actual recall. It's about how Apple doesn't know how to be green, not to mention save money. I found Apple's boxing extremely superfluous and they shipped it FedEx 2 day. Kind of a waste if you ask me. 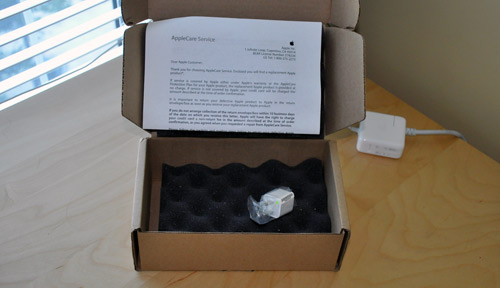 Come on Apple, you could have sent this in an envelope! 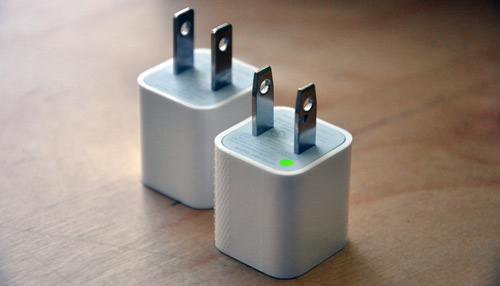 As for what the letter reads, it asks people to send back the recalled power adapter within 10 business days or risk being charged a non-return fee in the amount described "at the time of order confirmation."

Have you applied for a replacement adapter?