AMD's innovative 50x15 program is determined to accelerate the adoption of the Internet to 50% of the world's population by the year 2015. The program has been around since 2004 and has already helped countries considerably with a variety of robust partnerships and technical solutions. The 50x15 program has worked with countries from Brazil to Uganda. 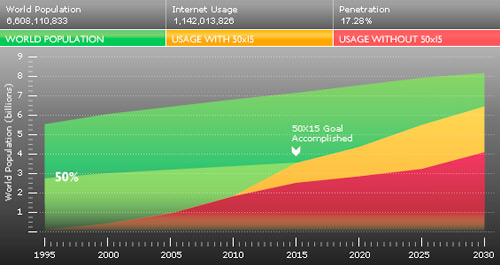 China (Internet penetration: 8.5%*). Early last year AMD, Lenovo and Dawning came together to answer the call of the Chinese government. After a successful deployment of 26,000 AMD Sempronâ„¢ processor-based computers in schools across the Hebei province, the Chinese government awarded the trio of partners additional contracts to deploy technology solutions across an additional 17 provinces. To date, millions of students have been connected with more than 210,000 PCs deployed.

Connecting people to the Internet across the globe will obviously take a while with issues such as hardware pricing, the lack of network infrastructure and power in some countries. However, it is definitely worth the effort and I applaud AMD for helping out. I just can't imagine what people are missing out on without Internet access.

It reminds me of the time when the famous hacker Kevin Mitnick was released from jail, where he was controversially denied Internet access during his stay. When he got out of jail the Tech TV show The Screensavers had Kevin on to go online for the first time after 8 years and experience Google, Slashdot, et cetera. It was amazing to see his reaction at how the Internet has evolved in such a short time. Try to put that in terms of a person that has never even used a computer. (For the record, Kevin Mitnick's books, the Art of Intrusion/Deception, are great reads.)

AMD isn't the only one helping with global Internet adoption. Intel recently jumped on-board with the One Laptop Per Child foundation, more commonly known as the non-profit creating the 100 laptop for under-privileged children. I got to have a hands on with the second beta of the OLPC laptop a few months ago. 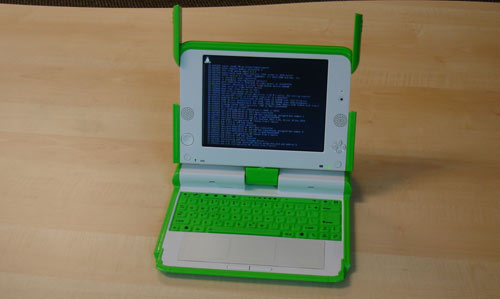 Going by some of the comments on my OLPC post linked above, people have differing views regarding whether it is worth the effort to develop affordable computers and Internet access to undeveloped countries and children. Let me give you a prime example of what is possible with this technology. A 19 year old named William Kamkwamba first used the Internet to search Google to find out how to build a windmill. He successfully built a windmill and was able to power his family's house in a small village in Africa. He even has a blog. Amazing.

Thanks to JBS for bringing AMD's 50x15 program to my attention by saving it on del.icio.us and tagging it with "for:pstamatiou".