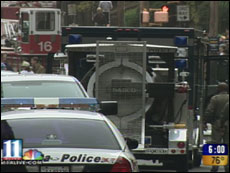 Update: They found the bomber... read below. Apparently this morning around 9am, 3 bombs were found in the dumpsters near my old dormitory, Glenn Hall. I heard from a friend that lives in Glenn that a custodian was taking out the trash and picked up a plastic bag, where one of the bombs had been placed and it exploded. After that incident, a whole bunch of Atlanta police and a bomb squad arrived to find if there were anymore bombs. Two more were found in the dumpster, and were taken care of by the bomb squad. My roommate saw from driving by on the campus bus, the Stinger, that many students were evacuated until the situation was handled. Pretty scary stuff I may say, even though the bombs were said to be made from small plastic bottles, nothing too powerful. After hearing about this, I found it was put on the frontpage of Drudge Report with a red link saying "'Terrorist Act' on Georgia Tech Campus."

You can read the article at a local news station's site.

I just received an email in response to this incident.

Questions relating to this morning's incident near the East Campus residence halls are appreciated and understandable. Please know that the Georgia Tech Police, the City of Atlanta Police and other emergency responders took full precautions in responding to this incident.

Just before 9 a.m. this morning, Oct. 10 during routine grounds cleaning, a facility staff member picked up an item believed to be trash in the courtyard near the Glenn and Cloudman residence halls and it exploded. He was taken to a local clinic for evaluation.

Two other similar devices found at the scene were detonated by the Atlanta Police Department explosives disposal unit.

Glenn and Cloudman were evacuated as precautionary measures. Students were allowed to return to their rooms at noon.

In the news, you will hear the phrase "terroristic act," and in keeping with Georgia Code, any explosive device left in a public area fits this definition. Although the Atlanta Police Department has said they will investigate the bombing as if it were a terrorist act, it does not mean that it was in fact a terrorist act. The rapid and thorough response to this morning's incident by campus and local police is an example of the authorities' readiness to respond and protect the campus community.

The bombs were discovered near the dumpsters in this picture taken by me from my dorm room window last year. 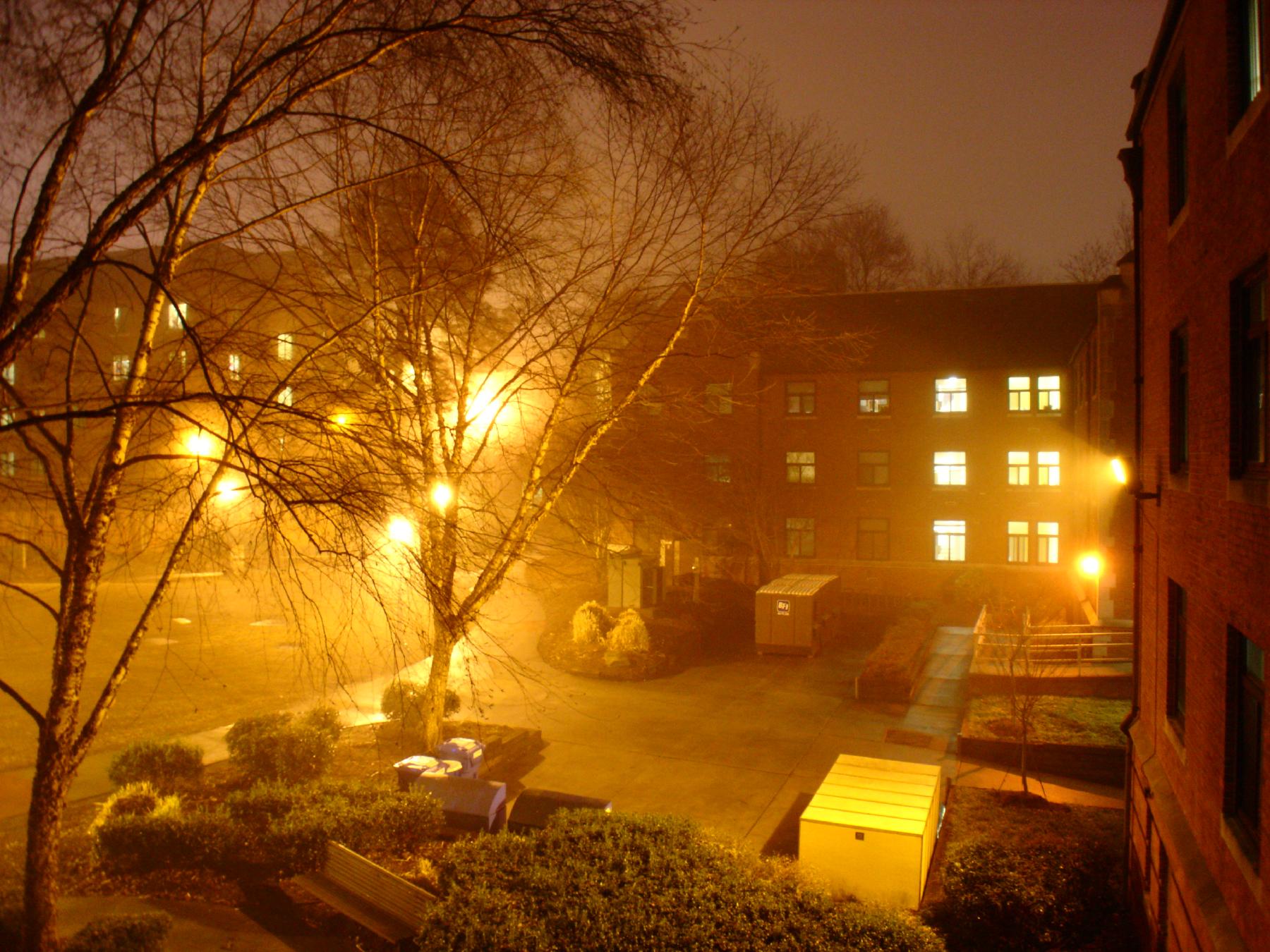 Update: The bomber has been found, here is the email I just received.

To the Georgia Tech Community: A Georgia Tech student has indicated his involvement in the Oct. 10 incident involving a crude bottle explosive found on east campus. The incident was not in any way the work of a "terrorist" group.

The student turned himself in to Georgia Tech police the morning of Oct. 11 and confessed to his involvement. He's facing charges for possession of a destructive device (a felony under Georgia Law) and reckless conduct (a misdemenor under Georgia law).

The freshman engineering student has been temporarily suspended pending a student judiciary ruling.

Georgia Tech Police and the Atlanta Police Department are still investigating the incident. The contents and exact nature of the bottle explosives has not been determined and is still under investigation.

While this incident unfortunately was frightening for many of our students, faculty and staff, it turned out to be an excellent test of Tech's emergency preparedness program. All emergency response efforts functioned exceedingly well, and we have every confidence that would be the case if such an incident occurred in the future.