One of my highest-ranked pet peeves about blogging regards bloggers who don't take the time to do a bit of researching before posting an article. This is aimed at "A-list" bloggers more than anything. They are usually in such a hurry to beat the crowd and get something published that the accuracy and factuality of their information is left in the back seat.

For example, a few months ago I recall reading a review on TechCrunch where Michael Arrington glorified some service for its amazing Ajax interface - however there was no Ajax in sight. The service in question was nothing more than a Java applet. Someone called him out on that in the comments and then next time I glanced at that article, he had updated the post and deleted the snarky comment. 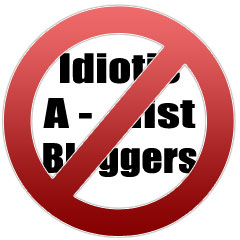 It can't take too much longer to double-check what you're blogging about right? Whenever Apple releases some new product I always make sure to give the specifications page a good reading to make sure I'm not blogging about anything incorrectly. The examples don't stop with Arrington though. Today, Podtech employee (formerly of Microsoft) Robert Scoble wrote a lengthy rant about a person whom he claimed was an Apple employee. If Scoble had spent even one minute on the "Apple employee's" blog, he would have quickly known that Chuqui was no longer with Apple. Heck, the blog post title that Scoble linked to even hinted at Chuqui's job change.

As long as we are on the subject of Robert Scoble, why not mention the time he erroneously accused Elliott Back of spamming and got Google to temporarily cancel his AdSense account the same day. Only after looking like a fool did Scoble find out that he was blaming the wrong person and that Elliott had merely written a WordPress plugin that a spammer used for malevolent purposes.

Hold on, I've got one more juicy example for you. A ZDNet blogger Donna Bogatin wrote a strongly worded rant against Yahoo! employee Jeremy Zawodny. Donna got everything wrong. She claimed Jeremy used Google AdWords when it was clear that he used AdSense, a tool for publishers, instead of AdWords, a tool for advertisers. Donna's post continued to spew nonsense by getting Yahoo! Search Marketing confused with Yahoo! Publisher Network. You might be interested in Jeremy's reply.

5 Ways to Retain Your Blog's Integrity and Reputation