I use my kitchen a decent amount and cook dinner most evenings, at least during the weeks. My mornings usually start by making myself a cup or two of coffee.

I finally ditched the spice grinder I had been using to grind my coffee beans and went with a burr grinder with various settings for how I'm making the coffee. I most frequently just make single cups with a Kalita Wave 185 dripper, but I use my french press often too. Beyond that I love my Heath mugs and plates. 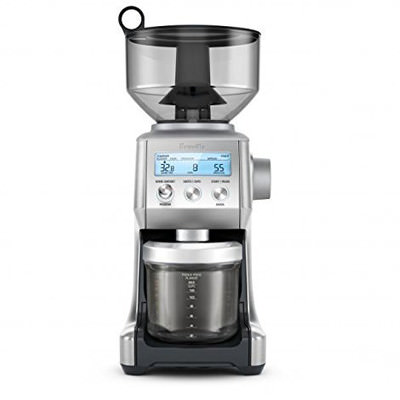 burr with 60 settings. I've had this grinder for over 7 years and it's still running great.

1600W, PID temp control. Honestly don't really use it that much and tend to prefer drip coffee.

Simple travel tumbler that keeps coffee hot for hours. Only downside is it's not dishwasher safe (paint will bubble and chip off over time). But I still recommend it. I also have the skinnier Carter Move mug.

I have become particularly interested in sous vide cooking, a technique generally involving any cooking occuring in a temperature-controlled water bath over a long period of time with the foods placed (ideally) in a vacuum-sealed bag. The main benefit of this style of cooking is cooking the meat the same way the whole way through and getting a tender, flavor-packed result without losing any juices.

There are a million articles online explaining sous vide but here's a good one. In addition to the gear below I also have a container and lid from Everie. I have also been pretty happy with these sous vide bags you can vacuum seal with a simple hand pump.

I originally had the Anova sous vide cooker but began to prefer the ChefSteps Joule. It's smaller, more powerful and has a better cooking app. I constantly had connectivity issues with the Anova model.

After whatever meat (you can sous vide just about anything but I tend to do pork chops and steak quite often) I've tossed into the sous vide container has finished cooking, I just need to finish the meat by searing it. Sometimes I use my cast iron pan for this and sometimes I opt to use my torch with the Searzall attachment.