I recently discovered RefactorMyCode, a developer-oriented site aimed at letting others critique, or refactor, your code snippets. Up until now, it seemed that the only communities based around helping others with their code were mundane programming forums. RefactorMyCode is an interesting concept, allowing users to sort code submissions by most popular, programming language and more. 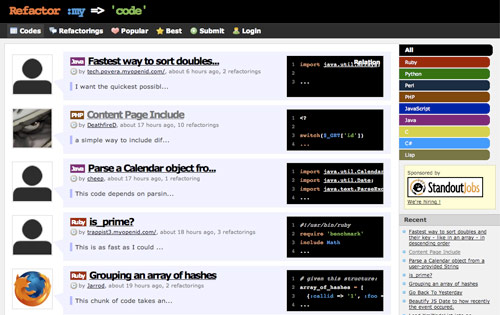 If you're into this developer stuff, RefactorMyCode is a great way to kill time.. productively. At the moment there aren't too many users on the site, but hopefully that will change and it will be thriving in a few months.