It has been almost a year that I have been shooting with a Nikon D80 DSLR camera. After taking many product review photos and dealing with uneven and blurry pictures, I finally came to my senses and purchased a cheap tripod on Amazon. It happened to be a 20 Digital Concepts TR-60N tripod, which I do not recommend (the camera base never gets tight enough and the camera is always loose).

Step 1: Get a Tripod 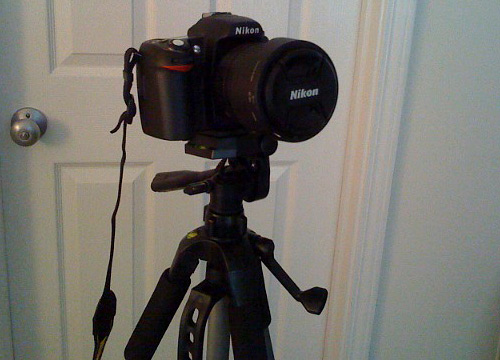 Everyone knows that keeping the camera steady helps with pictures but it's a shock at how much casual photographers don't even consider using a tripod. They're cheap and help immensely. My particular tripod has a few bubble levels to ensure an even stance.

Many cameras, DSLR as well as point & shoot, offer a grid view. This is what it looks like on my D80. It just helps line up shots by adding visual references in the viewfinder. A tripod combined with a grid view enabled camera facilitates taking great, level photos.

After getting a tripod, it's now a lot easier to experiment with longer exposures, which require an extremely steady camera and base to capture anything of value. For me this comes in handy with product review shots in my room, which doesn't particularly have the best lighting so I'll put the D80 in shutter priority mode with a 5 second exposure. This results in crisp and adequately-exposed photos. Kick up the exposure time a bit and you can take some great night photos.

Combined with my wireless Eye-Fi SD card, I can snap pictures and see them on my computer a few seconds later. This cuts down my shooting time substantially as I previously took 50 photos hoping to get one perfect shot and loaded the card on my computer. With the Eye-Fi card, I see the pictures on my computer as I take them. 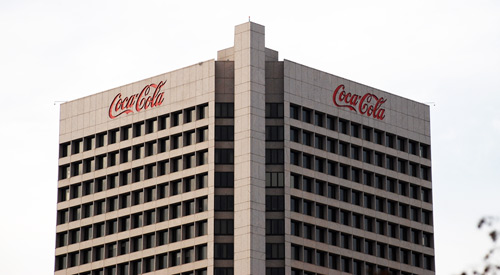 Coca-Cola Headquarters is just about in my backyard in Atlanta. 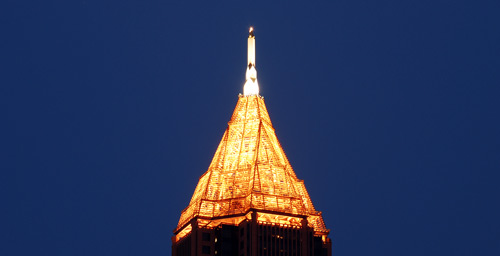 The top of the Bank of America building was created by a Georgia Tech engineer as noted by our colors - White & Gold. I think this picture is a tad over-exposed.

This is the part of the article where I ask you what tripod you're using and if you're happy with it. I'm not satisfied with my current one at all and am looking to see what you guys are playing with. Furthermore, what camera do you have and do you find yourself taking many long-exposure photos?

Disclaimer: I am not a photographer. I just play one on the Internet.