So you've built a fancy new HTPC, with a custom case that fits perfectly into your home theater setup, but without fail you're still using a wireless keyboard and mouse created with desktop use in mind. (Or maybe you're up on your gadget game and have a gyro mouse or use software like Boxee that only needs a remote.) There's something wrong with that picture and GlideTV has recognized the need for a custom mouse for couch surfers. GlideTV just announced what they are claiming to be the first "couch mouse" and it is dubbed the Navigator. 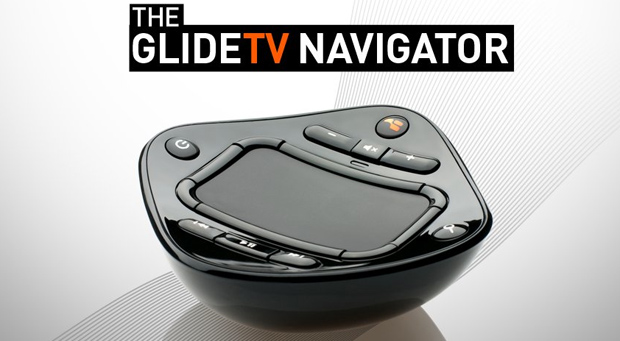 The GlideTV Navigator is much smaller than it looks. I was hoping it would be movie popcorn bucket sized. 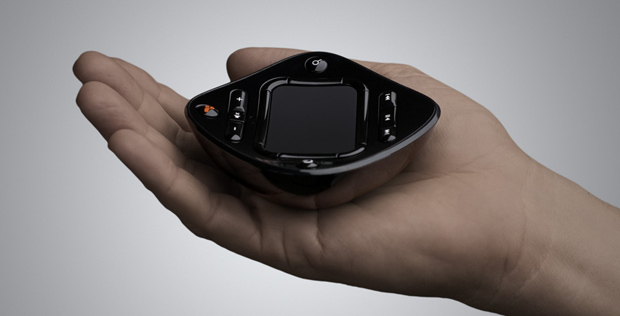 At an MSRP of 149 USD, the Navigator is priced well beyond even upper tier wireless keyboard and mouse combos. However, in the true nature of a compliant HID device, it is supported out of the box by Windows, OS X, PlayStation 3 as well as "any set-top box that supports standard mouse and keyboard HID devices." Thankfully that also implies Linux boxes as well as I know quite a few people with Linux-based HTPC setups. 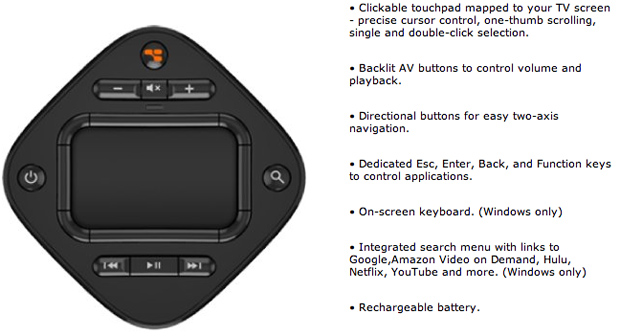 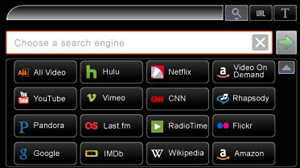 The device is essentially a clickable touchpad boasting handy features for couch surfers such as one-thumb scrolling as well as standalone application buttons like Enter, Esc and Back. The Navigator also has backlit buttons for volume and playback functions, which is definitely a must for what I can imagine typical use would be — a dark room. However, some of the more interesting features — integrated search menu and an on-screen keyboard — rely on Windows-only software at the moment.

GlideTV showcased the Navigator at CES 2009 where it won the Best of Innovations Award, so there's definitely something to be said about this first "couch mouse." That being said I truly think such a device needs to be larger instead of something prone to getting stuffed under couch cushions or being dropped easily while trying to hold a beer and nachos.

What do you think of the Navigator? Is this something you would be happy to add to your HTPC setup? What keyboard/mouse/remote combo do you have with your current HTPC setup? My current HTPC setup has a cheap tiny wired keyboard that I only use for administrative purposes, with everything else being controlled by a Logitech MX Revolution wireless mouse.