The next gadget in my sights is actually a point-and-shoot camera. But why the downgrade from the DSLR? Nope, I'm not looking for a DSLR replacement - rather a complement. There are just some situations where a DSLR doesn't make sense and I've come to learn that in the last year. Enter the upcoming Sony Cyber-shot DSC-T700. A point-and-shoot digital camera that is actually gawk-worthy. 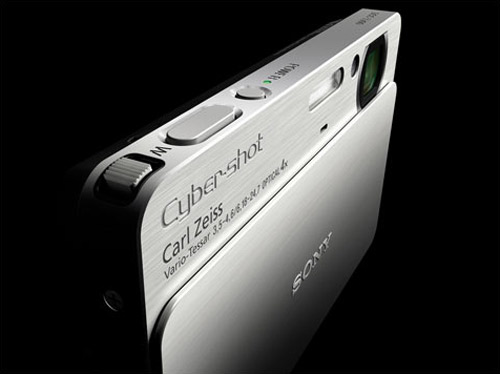 At a retail price of 399 it's almost within entry-level DSLR territory but its price brings some impressive features. For example, it's only 5/8-inch thick. It has 4GB of internal memory, a 3.5-inch touch screen, 10.1MP of resolution and image stabilization to help out with picture quality. 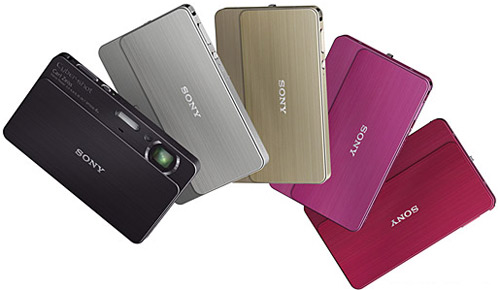 The feature I'm really looking forward to is the integrated photo album software. This is exactly how I use my iPhone. I have over 1,800 photos on my iPhone, all which have been taken with the iPhone. It has come in extremely handy in social situations.

Jake: Yeah man I saw a Nissan GT-R in the wild today! Me: Nice! I saw one at display at the Detroit Auto Show this year during press week and have some shots of the interior [flip through photos on iPhone]. Jake: Man, I need to get an iPhone. Me: Yeah you do.

Courtney: So how was your camping trip? Me: Let me show you.. [flipping through photos] Courtney: Is that a raccoon? Me: Not just any raccoon, the one that tried to bite me. Courtney: Maybe it wouldn't have tried to bite you if you didn't waste time taking a picture of it. Me: Touché.

The problem with relying on my iPhone for this utility is that it wasn't built for this. At 1,800+ photos, the image database is large and even opening the photos app takes a good wait. I'd happily let the T700 take care of this task for me. As for space concerns, the T700's album software lets you downsize original photos and retain smaller versions just for the purpose of keeping and displaying on the camera.

Last but not least, the T700's improved "smile shutter" technology detects faces and furthermore, smiles, and snaps a photo when everyone is smiling. The related feature "anti-blink" takes two photos and compares them, saving the one where the subject is not blinking. Impressive.

Why is it that only consumer-aimed point-and-shoot cameras get these type of features? I suppose it has something to do with the fact that DSLR prosumers tend to know enough about tweaking their camera manually that they probably wouldn't use such features.

What's your point-and-shoot camera of choice? I envision the T700 being a take anywhere type of camera for me, similar to my MacBook Air. Of course, that assumes I can find 400 to pick up the DSC-T700, which can be pre-ordered starting August 29th.