At MacWorld 2006, the new MacBooks and iMacs were released. Both are powered by Intel processors alongside DDR2 RAM and have integrated iSight cameras (new for the MacBook). Take a look at the new goods at the Apple Store and have your credit card near by. No word on an Intel Mac Mini, which was widely thought to be the first Mac to switch to Intel. In addition, Steve Jobs released iLife '06 and iWork '06 with a new version of .Mac as well. I could bore you with the detail but looking at Cabel's (co-founder Panic Inc. software) sleek images is probably much more appealing. Watch the keynote here. 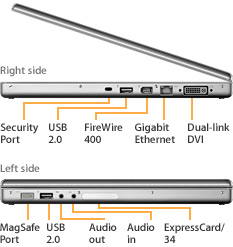