Next month I will be moving to San Francisco — roughly 6 years after I moved to Atlanta, enrolled in Computer Engineering as a Georgia Tech freshman. I soon realized my interests involved the Internet, web applications and new media. I changed my major a year into my college stay to nurture these interests. While I enjoyed tinkering with electronics — having designed and printed circuit boards, soldered and built small servo-powered robots for science fairs from a young age — I did not see how one person could make a huge difference on their own in the hardware field. The typical route was for recent EE/CmpE graduates to work for a large, established hardware company the likes of Intel. It was and remains to be exceedingly difficult for innovative hardware startups to get off the ground without significant capital and a strong team. I need not explain how a few people with computers, vim and an Internet connection can build interesting products and services.

It was in that mindset that I began playing around with software (initially MediaWiki, then WordPress). I have Georgia Tech to thank for that. My college stay, as devoid of girls ("The Ratio") as it may have been, introduced me to brilliant hackers that lived on my floor and showed me the ropes of Linux my first year (and one too many attempts at hacking the vending machine in the dorm basement with everything from Ethernet replay attacks and magnetic strip encoders to alter BuzzCard data to random button combinations).

In the summer of 2006 I flew out to California for the first time. Yahoo! had found this blog and wanted me to help them with the development and launch of their corporate blog. It was during this trip that I explored Palo Alto, Cupertino, Mountain View and everything else on the 101 and Caltrain. Silicon Valley was lined with technology companies and I knew I wanted to be a part of it eventually. In that and subsequent trips I met long-time Internet friends and made new ones including Bryan Veloso, Kyle Neath, Eston Bond, Mike Malone, David Ulevitch, Phil Freo, Dimitry Bentsionov, Noah Kagan and Richard Crowley. Now that list of awesome people has grown to a length that I cannot ignore. It has become clear that I would lead a happier life living near my friends. 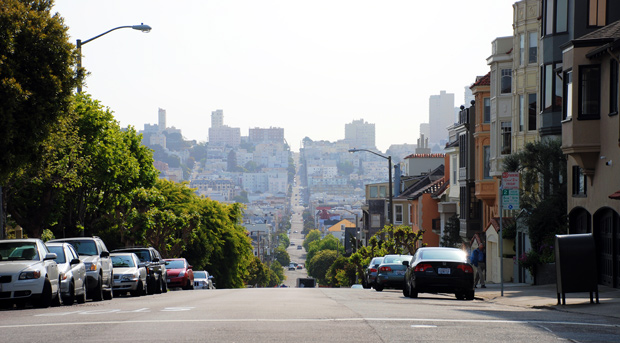 A picture I took while visiting friends in SF May 2008. Not quite sure what part of SF.

Skribit was the reason I remained in Atlanta after my graduation, due largely in part to Stephen Fleming, the Georgia Tech Edison Fund and Co-founder Calvin Yu along with the best startup mentor I could have ever hoped to find, Lance Weatherby. Thanks to those folks and many others in the Atlanta tech community (too many to list, you know who you are) for a wild ride. If I may have one parting wish — free Wi-Fi in Technology Square (or at least lifetime Wi-Fi for alums).

Skribit is a niche product that serves a small market well and it is with that in mind that development will continue, but in a part-time manner. Some changes will be taking place around the site to focus more heavily on converting users to paid Pro accounts (and pay off our convertible note) rather than building out certain community features that require much upkeep; making Skribit more of a tool than a destination. Ultimately, I need to land a paying job and focus on paying off my out-of-state tuition, which is still a six figure number.

So I'm off to San Francisco to seek interesting opportunities for full-time work and network with friends that have been telling me to move out there for years. I don't think this is the last time I will be seeing Atlanta but for the next few years I will be exploring silicon valley. If you would like to meet up in San Francisco this summer or if you have some interesting ideas about what I should be doing in California, please get in touch with me. I will be on an apartment hunting trip in San Francisco from April 20th to the 26th.

I would love to hear your thoughts. Please leave a comment below. Oh and what part of San Francisco should I live in - Mission?