Hot on the heels of my quick review of the Sprint HTC EVO 4G, I'd like to take a minute to share my thoughts on the latest iPhone announced at WWDC today here in San Francisco. There seems to be two camps when it comes to the iPhone 4 — those that love it and those that hate it. Actually, it is more like three; love, hate and those that aren't exactly sold on it but will buy it anyway. I have been onboard with the last 3 iPhones and waited in long lines on launch day to get most of them. However, I won't be getting the iPhone 4 this time around. 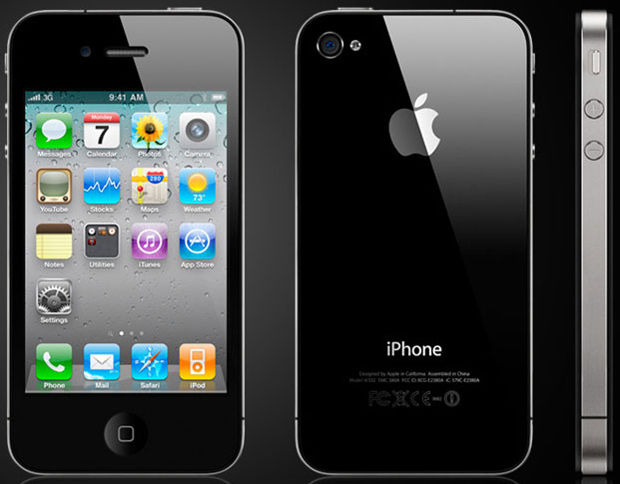 The latest Apple pocket toy is 24% thinner and features a beautiful 960 x 640 IPS display.. so why don't I care for it?
If you're just catching up withh all the news today, below is a quick summary of what was announced. If you want juicier details head over to Engadget, Mashable, ArsTechnica, et cetera.

The hardware looks rather spiffy for the most part — great display, dual cameras, faster processor, better battery life... sounds like what dreams are made of. But I don't think I can stand being with AT&T for another year. I had 107 dropped calls in the last 270 days with AT&T. Considering I don't talk on the phone every day, that effectively means I have dealt with a dropped call once per call session.

I have only been okay with AT&T for the last year with my MicroCell but now that I have moved to San Francisco and explored it I just can't stay on this network any longer. AT&T service especially sucks in San Francisco. Even times when I do have a few bars, it is deathly slow.

Colin Ake's post summarized most of my thoughts on the iPhone 4 announcement:

Yes, iPhone 4 looks nice. Nice screen, dual cameras, HD video, I get it. [...] And you didn’t even throw us the bone of getting rid of AT&T or upgrading to LTE.
And it’s not like there are better options. Sure, I could go with the EVO 4G. Then I’d have fast connectivity, right?! Right! Unless you’re in a building! I mean, seriously, go look at the Clear reviews and see how sporadic it is and how much it sucks. [...]
So here’s the recap. There’s a huge market for a phone that does all that, is on a platform that’ll upgrade easily and have a seamless UI and uses a real network like Verizon.

Do I think the iPhone 4 is sexy? Absolutely yes. It has so many things going for it but AT&T's shoddy network is holding it back. There are blocks in my neighborhood where I get absolutely no service at all and it's not like there are tall buildings surrounding me like in the Financial District, where horrible service is at least somewhat justifiable. How am I supposed to partake in all of the cool features of the iPhone 4 when I don't have access to the Internet when I'm out and about? This is a mobile phone — requiring me to stay within earshot of my MicroCell or a Wi-Fi access point is like selling me a ball and chain (or if you prefer this metaphor: a supercar with a high-compression engine that requires 110 Octane gas when I can only find 91 Octane here in California, aside from being trackside at Infineon).

So what phone will I end up with? I'm not sure if I want the EVO 4G, but I know my next device will be Android-based. I think I'll wait until the next big Android hyperphone gets announced later this summer and then I'm off to Verizon or Sprint. Oh and I almost forgot why I love Android so much — native Google Voice integration. This is a really, really big deal for me.

Thoughts? Will you be pre-ordering your iPhone 4 on June 15th and waiting hours for it on launch day? Will you pick one at your leisure later this summer, or at all? What is your current phone and provider?

Unrelated: on the upshot, I think the Reader feature in Safari 5 is fantastic. Granted Chrome has been my primary browser for several months now, I might end up doing my reading within the confines of Safari 5. I'm also curious to see what happens with Safari Extensions. Panic showed off how easy it was for them to add a new feature to Safari with their extension.